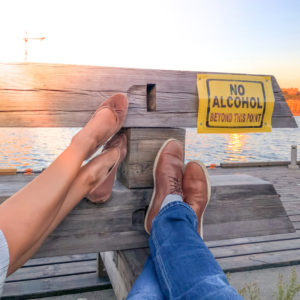 Last week was my birthday in sobriety. I’ve been sober for twenty-nine years. For someone of Irish descent, that’s a long time. Nevertheless, my journey to get to where I am today has been long and difficult, but not because of alcohol itself. I no longer crave it. I lost the craving many years ago, and it has never returned—thank God.

That’s not what has been problematic. Learning to live on life’s terms is what has caused me most of my problems. You see, even though I was no longer an active alcoholic, I still thought like one. This was true even though I was a Christian and had been one for many years.

Before I went to AA to pick up a white chip, signifying surrender, I spend a year going to Adult Children of Alcoholics (ACOA) meetings, blaming my issues on my parents. I pointed to their alcoholism without being willing to address what was happening in my own life. My self-deception was this engrained in who I was. That was what needed to change.

Once I became willing to take a good, hard look at my own life and behavior, having bottomed out in the process, was when things began to change for me. I had to admit to myself, to God and to others who I really was. At first, having been pretentious for decades, this was really scary, but I had to do it. I had to be real. I had to be who I was.

When I began to live this way is when real, life-altering changes began to occur. Writing my memoir, HI, MY NAME IS JACK, was by far the most healing thing I ever did, but I still had to do more. Since I was a consultant for numerous large Christian ministries, I had to be transparent with them. So, I allowed them to read the book, which was not good for business, but it was Manna for my soul. It cost me financially, since many stopped using my services, but I was finally free to be exactly who I really was. In the words of Polonius, “To thine own self be true,” became a reality in my life.

While doing all of this, I had no idea what God’s plan for my future would entail. All I knew was I needed to do the next right thing repeatedly, which I did until it eventually became who I was. Looking back, I wouldn’t change much—some, but not much. I am at peace with the Lord and with myself.