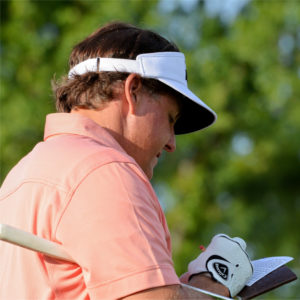 When Phil Mickelson won the PGA, becoming the oldest player ever to win a major, it was one of the all-time great sports moments, but it was more than that. It was also a great American moment, not so much because it was patriotic but because it wasn’t anti-patriotic.
Unlike the NBA and Major League Baseball, golf has not embraced hostility to the American way of life. Because it hasn’t, Phil’s great victory was joyfully embraced by everyone at the event and multiplied millions watching on CBS. Thousands cheered, without wearing masks or being socially distanced, bringing a sense of normalcy back to the USA for the first time in a year-and-a-half.
Adding icing to the cake, LeBron James and his team lost with a pitiful performance on another network at exactly the same time.
Today, I tip my hat to Phil, but I will never join LeBron by taking a knee. The USA is coming back. You can fell it. The influence BLM, Antifa and the Deep State have had is waning. You can feel it, thank God. Summer is here and we will not be squelched again by power hungry politicians usurping authority over us.
Posted in Articles, Government