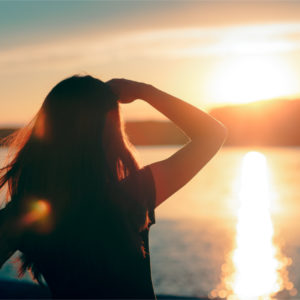 These events will bring great honor to the Lord’s name;

they will be an everlasting sign of his power and love.” NL

Nothing can stop us now. The whole world is behind us and supporting us. We will build this tower. Higher than any other. Unknowingly the people began to build a tower that would be their ruin. Higher and higher it went until God said enough! Without any warning, the Tower of Babble fell, God, touched every man, woman, and child, and each one spoke in a different language (Genesis 11).

I have been asking the Lord what he has to say about our current COVID-19 crisis. People have asked me what I believe. How do these current events fit with end times and Bible prophesy? This morning I woke up and heard the Lord say, “You have seen the tower fall.” Immediately I knew that what we have been experiencing is not end times, but the 2020 version of the Tower of Babel.

In the last few decades, the world has become a global people, a global economy, and a universal language. While this has brought about some incredible benefits to emerging nations, it has come at a high cost of their sovereignty. They no longer have their own choices when it comes to many issues supported by more wealthy nations. Others dictate national morales and ethics, and there is no longer freedom of choice or beliefs. The internet and the English language have connected people who previously never had the opportunity or the ability to compete in a global economy. Like the people in the days of the Tower of Babel, we have become a god to ourselves. We make choices that only God should make. We choose who lives or dies and have become engrossed with our power and have felt unitedly undefeatable.

Enter COVID-19. All nations united. Wars ceased. Cities, businesses, and churches all over the world closed, and few objected. The smallest of economies from the deserts of Africa or the South Sea Islands to world-class cities around the globe shuttered their doors and closed their borders, effectively bankrupting the poorest of the poor. All because we are a global people. Everyone complied. We are one. However, only GOD is ONE.

This event we have just experienced is a reset. Like Babble, we will never be the same. Nations will begin to make their own decisions again and reject the edicts of others. Years ago, when forecasters in Florida issued hurricane warnings to evacuate, and then the storms didn’t come as they predicted, people quit believing the forecast. They refused to leave their homes. They say, “we will never do that again.” And they don’t. We haven’t seen the overly dramatic results of the predicted COVID crisis. Many predictions never happened. When the next global crisis hits, there will be some just like in Florida, who will remember these days of COVID-19 and will say, “We won’t do that again.”

It is not a matter of who is right and who is wrong. Hindsight is always better than foresight. No one really knows the answers to the countless questions asked these days. But friends, we fight not against flesh and blood but against principalities and powers in high places (Ephesians 6:12). That is to say; this is a spiritual battle that is playing out before our eyes. The players like pieces on a chess game board scurry to protect their king ( agenda, financial power, political views, religion) and win the game. In no way am I trying to diminish the suffering of those who have endured sickness in this crisis. I am, however, saying many others have suffered the loss of their livelihood, their business, emotional support, and families needlessly. They will not be so quick to comply a second time. The tower has fallen, and they will refuse to build it back up. Many nations will not be so eager to respond the next time we have a global crisis. And in America, states and counties will not remain united. We are looking at a worldwide division and global mistrust.

God has hit the reset button, and this nameless tower has fallen.

Having said all of that, ALL IS NOT LOST. My friends both here in the United States and other nations around the world, we have an opportunity to seek God. The Lord is speaking to us today, as he did in Isaiah 55. Let us seek the Lord. He is with us. He has not forgotten us. If we turn to him, he will show us mercy. His ways are not our ways, and he has a plan. He is sending out his word, and once again, there will be singing and laughing in our lands. He will use this season to bring honor to his name.

This crisis has given us a do-over. In the years to come, when this season is finished, and the dust clears, we will see who responded to the call.

Call on him now while he is near.

Let the wicked change their ways

and banish the very thought of doing wrong.

Let them turn to the Lord that he may have mercy on them.

Yes, turn to our God, for he will forgive generously.

My thoughts are nothing like your thoughts,” says the Lord.

“And my ways are far beyond anything you could imagine.

and my thoughts higher than your thoughts.

The rain and snow come down from the heavens

and stay on the ground to water the earth.

They cause the grain to grow,

producing seed for the farmer and bread for the hungry.

It is the same with my word.

I send it out, and it always produces fruit.

It will accomplish all I want it to,

and it will prosper everywhere I send it.

You will live in joy and peace.

The mountains and hills will burst into song,

and the trees of the field will clap their hands!

Where once there were thorns, cypress trees will grow.

Where nettles grew, myrtles will sprout up.

These events will bring great honor to the Lord’s name;

they will be an everlasting sign of his power and love.” NLT