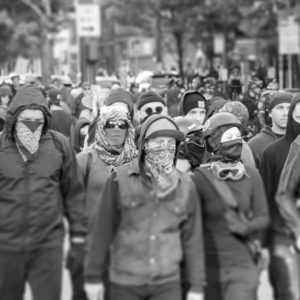 From the moment George Floyd lost his life, his death was used to manufacture a nationwide insurrection by Antifa. There is nothing spontaneous about what has happened—not since the first hours of peaceful protest. The leaders of Antifa have been poised and waiting to exploit an event like the one that occurred in Minneapolis. Once it happened, the anti-American anarchists of Antifa launched their offensive against our constitutional republic.

Make no mistake about it; the true purpose of this insurrection is to bring down the U.S. government—not just President Trump but our entire system of law and order. Because Antifa was not stopped successfully in Minneapolis, thanks to the feckless incompetence of the city’s mayor, it quickly spread throughout the nation. Now, we are experiencing a real crisis—one that must be met head on. It must be addressed today, not tomorrow or the next day, but today!

I urge President Trump to speak to the American people from the Oval Office no later than 6 p.m. today. It cannot wait until after dark. Address us as Americans and call for order, while also making a commitment to unleash law enforcement against the domestic terrorists of Antifa. Let them know in no uncertain terms that any further violence will be met with deadly force.

Before addressing the nation, it’s imperative that the FBI make numerous arrests of Antifa leaders throughout the nation. Use SWAT teams to take these criminals down forcibly and allow it to be filmed. It’s time to start fighting fire with fire. This is the only way to restore order.