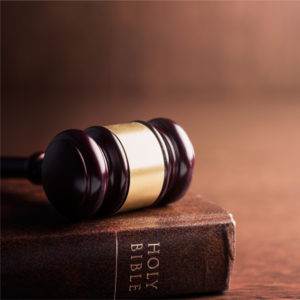 In 2017, when Amy Coney Barrett testified before the Senate Judiciary Committee about her qualifications to be confirmed as a U.S. District Judge, Senator Dianne Feinstein took umbrage. Feinstein found Barrett’s Catholicism particularly offensive, saying, “The dogma lives loudly within you.” To Feinstein, who opposed Barrett’s nomination, the Catholic nominee’s religious beliefs were depicted as being misplaced and offensive, something unsuitable for an appellate court judge nominee.

Many cried foul about Feinstein’s assertion, saying the Senator was making a religious test for confirmation, which is unconstitutional. They did their very best to defend Barrett. Their strategy was to mitigate the damage caused by Feinstein, saying that Barrett’s belief system would not be detrimental in her judicial rulings. In their defense of Barrett, her advocates apologized for her belief system. Although their intent was noble, I believe they were sending Americans the wrong message. What they were doing was pursuing the wrong strategy.

Instead of apologizing, asking forgiveness for Barrett’s belief system, her supporters should have championed them back in 2017, just as we should be championing them now. In an era of nihilism, where the Rule of Law is constantly under attack, we need men and women of conviction to stand strong for theism in the Supreme Court.

In 2020, the virtues of government are being consistently proclaimed by educational leaders, the media, and those in the world of sports and entertainment as being all-important and omni-powerful. This makes having a Justice with a rock-solid worldview that is founded on the Judeo-Christian ethic essential. Amy Barrett has these core convictions and the intestinal fortitude to stand strongly for them.

Any jurist Joe Biden would pick certainly would not. His nominees would have no religious conviction at all. Dianne Feinstein certainly doesn’t ascribe to the Judeo-Christian worldview either, despite her Jewish heritage.

We need more jurists like Barrett who are constrained by a fundamental sense of right and wrong, of Good and Evil. To have no convictions leaves one adrift in a sea of bewildering issues. This means a judge appointed by Biden would be unable to adjudicate wisely.

That Barrett is constrained by her belief in God is a good thing. It will make her a better Supreme Court Justice. This is why we should champion her Catholicism loudly and repeatedly. As an Evangelical, I would never apologize for my beliefs, nor should she apologize for hers. This is why I support Barrett’s nomination without reservation.