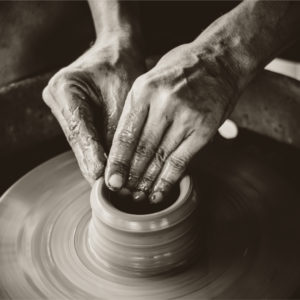 When Joe Biden finally left his basement to campaign in Pittsburg the last day of August, it was very instructive. From the moment it became clear he would become the nominee for the Democratic Party until he was actually nominated, many Conservatives thought the Democrats would replace him with someone more formidable. Reasoning that Biden was somewhere on the dementia continuum, many never considered it possible that the Democrats would actually want a candidate like this, but they did. He was precisely who they wanted.

What we considered to be Biden’s significant, perhaps fatal flaw of dementia; the Democrats actually coveted. Being a weakened candidate, based on his escalating senility, Biden was precisely the kind of candidate the Democrats actually wanted. That he stands for nothing is his greatest virtue. Because this seemed so illogical to us, we didn’t understand the motivation of the Democrats.

Personally, I failed to recognize what was actually happening until Biden campaigned in Pittsburg. What he said there became an “Aha moment.” Things just clicked into place. Having no core values, nothing that he absolutely stands for, Biden can be positioned as anything his handlers desire him to be. He’s a perfect chameleon.

In Pittsburg, Biden said the violence in cities like Portland, New York, Minneapolis, and Chicago must stop. Being the true law and order candidate, he would stop it, but neither he nor anybody at the Democratic National Convention said a word about it at their convention, not even casually. It was not until focus groups and polling indicated Biden was losing on this issue that he changed his position, flip-flopping 180 degrees. Having no moral foundation, this was easy for Biden.

He did the same thing concerning fracking. Biden called President Trump “a liar” for saying the former Vice President was against fracking. Biden said this despite having repeatedly affirming he would ban fracking if elected. He maintained this position to obtain the nomination. Despite this, changing his position on a dime was easy for him. You can do this when you have no moral foundation and diminished mental capability.

But it gets even worse. Biden, forgetting who he really is, said character counts. He has character; Trump doesn’t, at least according to Ole Joe. Conveniently forgetting that he was forced to drop out of the 1988 Presidential race because of plagiarism doesn’t count as lacking character, not to Joe. Neither does his continued plagiarism nor his obvious corruption concerning Ukraine and China. What counts is he is now a man of character, despite displaying nearly half a century of deceitful behavior. If you are a lump of clay, you can do this easily. You can be whatever your handlers want you to be.

None of these issues bother Biden’s handlers. They love him because of them. He’s just an affable lump of clay that can be molded into anything they desire, regardless of the occasion. They know they can effectively deceive their less-than-cerebral Democratic base with a smiling Joe Biden.