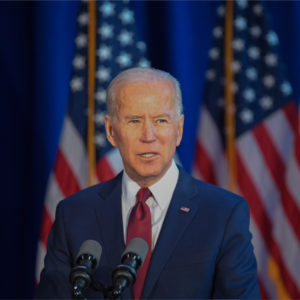 From October 2014 to May 2018, ICE arrested 19,572 illegal aliens whose most serious crimes were sexual offenses. To counter this influx of sexual predators, in an effort to protect innocent women and children in American, President Trump instituted Operation Talon. It’s a program aimed at removing illegal rapists and pedophiles from the United States. From its inception until now, the program was working well.

Despite this, in a move certain to find favor with his base, Joe Biden has cancelled this program. Essentially, Biden has made the USA a sanctuary haven for sexual predators. Because of what he has done, sexual predators worldwide will be coming to the United States to prey on our women, children and grandchildren.

How anyone could want this is beyond me. Some believe Biden did this because he is determined to undo everything Trump did, but I believe it’s for more cynical and nefarious reasons. Biden is more concerned about the sexual rights of the depraved than he is in protecting the innocence of America’s children and the wellbeing of our women.

To anybody with a brain, or to anybody who has been victimized by a rapist or pedophile, Operation Talon was a much-needed, successful program, but not to Joe Biden. To understand why he would champion depravity, all you have to do is take a serious look at who Biden is. It’s not a pretty picture, I can assure you. Perhaps some of Biden’s supporters have a construed reason for supporting the end of Operation Talon. If they do, I would certainly like to hear it.