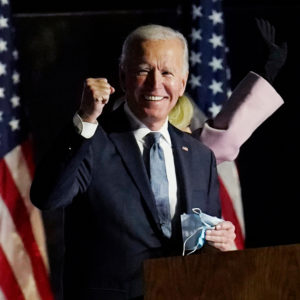 From the time of Marbury v. Madison in 1803, the issue of a free and independent judiciary has been established in the United States. Although often frustrating and irritating, our system of justice has worked well, upholding the Rule of Law consistently and repeatedly for over two centuries. Rarely has it been undermined like it is being now by Joe Biden and those who are pulling his strings.

Biden has decided to try and pack the Supreme Court, by doing the very thing he called a “corrupt power grab” in 2005. Apparently, since he is the one now doing it, based on an Executive Order signed by him, it isn’t corrupt. Nevertheless, in an effort to please the Progressive Left of the Democratic Party, Biden has taken a major step in undermining not only the Rule of Law in the United States but also the greatest impediment to dictatorial control by the Democrats we have ever witnessed.

Using the guise of a “bipartisan panel” of thirty-six scholars, Biden intends to break the Conservative stronghold in the Supreme Court established by President Trump’s three appointments. Packing the Court is the way Biden intends to accomplish this goal.

Since 1803, the Supreme Court has acted as a check upon unconstitutional excesses by both the sitting President and the Congress. However, if Biden and his handlers get their way, this will end. Biden will appoint up to six new Justices—all Progressives—to ensure that the Radical agenda of the anti-American Left is imposed upon us all. This will be Biden’s way of legitimizing wrong and institutionalizing it to make it right.

Of all of Biden’s poor ideas and disastrous policies, this may be the worst because it has irreversible implications. Because it would obliterate the Rule of Law, even the Supreme Court’s most liberal Justice, Stephen Breyer, opposes it. When he voiced his opposition to an audience at Harvard, the Left pounced on him mercilessly, demanding that he retire immediately. They have even posted billboards and advertisements on trucks to try and force him out. Such uncouth and nasty tactics shouldn’t surprise anybody.

In Biden’s first hundred days, he has governed like a man trying to check off everything he ever wanted to do on his “Bucket List” of Radical ideas, almost like a man possessed. He wants to destroy as many of our cherished institutions as quickly as possible, lest it never happens. But, will it happen? Will Biden be able to pack the Court with Radical Leftists? Probably not. When Biden can’t even gain the support of a true believer like Justice Breyer, how in the world would any fair-minded person support Biden’s transparent attempts to take down the nation we love so dearly?