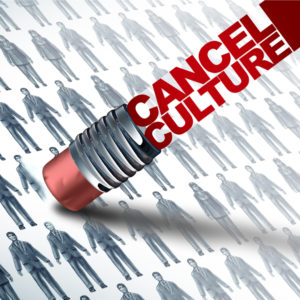 When I was young, the most consistent message I received was to always value obtaining a good education. At school, home, church and even playing with other kids, that message was drummed relentlessly into us. Concerning the founding of America, the virtue of learning about our nation’s illustrious history was relentlessly proclaimed as being worthy to learn. Everybody felt the same about who we were as a people, and we felt this way for good reason.

As Americans, we were the beacon of hope for oppressed people throughout the world. Everybody wanted to be like us. They still do, even though the Woke press and academics work overtime to do everything in their power to diminish America’s value. As a child, I was proud of my heritage. I still am. Because of the core values instilled in me throughout life, I have never abandoned my belief in American greatness. It’s a conviction that has sustained me through my life, including during many difficult times like the ones we are now facing.

With the Cancel Culture movement sweeping the country, where ignorance of our history has become virtuous, lack of knowledge is now being championed as estimable. Because of this, an entire generation of young people will never internalize the value of patriotism. Unlike my generation, kids are now being taught to hate America, which bodes calamity for the future.

The Radical Left, repudiating the pride of our heritage, along with the value of the American way of life, are proud of what they are achieving. They are also proud of what they know, but they don’t know as much as they think they do. Unable to come to terms with our past, which is definitely checkered, they are unable to reflect upon or discern its value. In their Totalitarianism of Thought, they demand that we destroy everything America has ever stood for. There is no reasoning with the Woke Left, nor are we able to find any common ground with them.

All they understand is getting their way through intimidation. If that doesn’t work, they resort to brute force. Insisting that everyone think as they do, they value violent extremism over thoughtful contemplation. Insisting on anarchy, lawlessness has come to replace peace and order. Their goal is to rip this nation apart by dismantling every vestige of our past. They want to create a utopia where the ignorant, the degenerate and the unwashed become the acceptable norm, supplanting those of us who simply want to live a peaceful and dignified life.

Like cancer, the Cancel Culture is ravaging our collective unity, destroying America from within. But, will their efforts prove to be terminal? Can we survive their onslaught? Will this be the end of the United States as we know it? Is mob rule destined to become the acceptable norm?

The answer to all of these questions is “Yes,” that is unless people of character and faith stop being passive. Too many have become unwilling to take a stand against this onslaught of societal terror.

The Democrats, who are fearful of offending the Radical Leftwing, will never do it, so it’s up to people like you and me. But, will we be strong enough? Will we be wise enough to refuse the deception of the simplistic positions of the Cancel Culture? Will we be willing to confront their violence with the force required to restore law and order, or will we demure and allow the American dream to vanish? We shall see. The jury is still out.