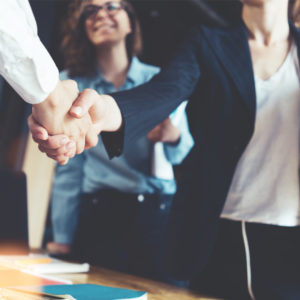 Nothing outside of salvation will impact living a life without regrets more than having a Godly character.

Freedom Today was my birth child, given as a gift from the Lord. It was a nationally and internationally syndicated television show that aired for a number of years. I was the host and executive producer of the show and I would bring on guests who shared their stories of radical, life-altering experiences. They would share their personal testimonies of how God had brought them from a very dark place into the light of His love.

I received a call one day from a woman named Megan who lived in Fort Worth, Texas. She was broken. I could hardly understand her through the tears. She had grown up in church, but through her time as a young mother and her experience with a very bad marriage, she had walked away from the church and the Lord. Megan had three girls and had been through a rather brutal divorce. She was left raising her children on her own. She worked for a very profitable company in Fort Worth.

Megan had discovered that her boss had been skimming off of the business for some time. At first, Megan thought about turning him in but feared that would mean the end of her job. After some time, she decided to take a portion of the profit for herself as well.

Nothing outside of salvation will impact living a life without regrets more than having godly character.

Character building is an important aspect of living a Christian life that is honorable and pleases God. God requires that we grow in character, therefore, we should be constantly growing and not become stagnant in our faith. We must grow our faith through our adversity.

Where do we start?

Character is what defines you. It is a person’s mental, moral, and ethical qualities distinctive to that particular individual. It’s their personality, their nature, and their disposition. It is moral integrity.

Character is the outward reflection of your inward righteousness. It is what people will remember about you by when you are long gone.

Yes, especially if you want to live a life of no regrets. Most of us will not find our life in as much disarray as Megan, but most of us have a bucket full of regrets. How can you live a life in such a way that you are protected from those devastating decisions?

When our time here on earth is done, will we look back and feel the magnitude of a life filled with regret? We get one chance to do this thing called life and we want to do it in the best way possible.

Your character is defined and refined by your endurance while walking through the challenges of godly discipline and suffering. Walk wisely.

Character building is accomplished through adversity.

Character building is an important aspect of living a Christian life that minimizes a life of regrets. The Word of God lays out the clear path for character development. It includes suffering, endurance, and hope. (Ro 5:3-5) Suffer for the sake of the Gospel. Endure through pain knowing the God is in control. Grow into the hope promised in scripture. Embrace the lessons learned through your trials.

Choose to not be defined by life’s circumstances.

Your character is defined by how you choose to allow life to define you. You can choose to become bitter or better, defeated or victorious, wrapped up in bondage or set free. You can choose to sit in remorse and allow your mistakes to define you, or you can learn from your failures and turn them into opportunities to grow and help others grow. You can wallow in regrets of the past or you can rise above the drama and trauma and embrace life.

These choices will determine if you are immobilized by loss or propelled by opportunity. Put the past in the past. Move into your future with vigor and allow the lessons that you have learned to be cobblestones on your path to a bright and productive future for the Lord; no more regrets, only life lessons with godly purposes blossoming forth. Live a life of no regrets!

Not only so, but we also glory in our sufferings, because we know that suffering produces perseverance; perseverance, character; and character, hope.  And hope does not put us to shame, because God’s love has been poured out into our hearts through the Holy Spirit, who has been given to us. Romans 5:3-5 (NIV)