COMMON SENSE: According to the Horowitz Report, Hillary’s entire server “case turned on mens rea [guilty state of mind].” According to the FBI, Clinton did not have a guilty state of mind. Thus, as early as April 2016, three months before Comey addressed the nation to exonerate Hillary, the FBI was looking for a way to close the case, but there were some profound ironies occurring at the same time.
To Comey and the FBI, Hillary had no “intent” to knowingly transmit classified information on her private server, but there was a reason why they had to come to this conclusion. If they didn’t, if they followed the letter of the law instead, they would have had to admit that they were also guilty of what Hillary was accused of doing.
According to the I.G. Report, Comey used his personal computer at home to transmit official FBI 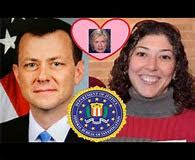 business. So did Agent Strzok, Agent Page, and several others. Plus, President Obama communicated with Hillary Clinton, his Secretary of State, on her personal email server. This means the President and the White House staff were aware of what was happening and, by engaging with Hillary on her private server, were giving tacit approval to what she was doing. So, from Comey’s perspective, Hillary was no more guilty than he was, which made his decision to clear her a foregone conclusion.
The problem wasn’t Hillary specifically. It was the fact that senior leadership throughout the Obama administration did not take national security concerns as seriously as they should have. At best, they had a cavalier attitude about being spied upon that existed until it became expedient to sensationalize the issue by maintaining that candidate Trump was colluding with the Russians. At that point, national security concerns were retroactively proclaimed and became the foundation upon which to attack Trump as a traitor, but none it was true. It was just an elaborate scheme to insist that the Emperor, Obama, was not naked but wearing clothes.
Posted in Articles, Government