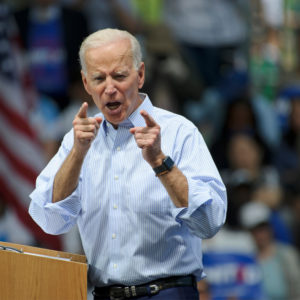 I’ll begin by making a statement that will seem ridiculous at first, perhaps even offensive. When I make the linkages, however, the meaning behind several confusing events should become clear.

Here it is: When Speaker Nancy Pelosi impeached President Trump over his phone call with the President of Ukraine, she accomplished her goal. Her efforts seemed foolish but they weren’t. She was successful, even though it appears that she wasn’t. Now, let me explain why this is true.

When the laptop of Hunter Biden became public, revealing the pay-to-play corruption of the Biden family, followed by the news conference of Hunter Biden’s ex-partner, Tony Bobulinski, the wheels have started to come off about a pattern of criminality within the Biden family. What is now being revealed is certain to spread far beyond, perhaps to many other powerful Democrats, Deep State bureaucrats, and members of the intelligence community as well. That all of this happened was totally unexpected by those involved.

In the summer of 2019, when President Trump asked the Ukrainian President to look into what the Biden’s had been doing, his request immediately became a threat to corrupt Washingtonians. It was something that needed to be dealt with, so this is precisely what Nancy Pelosi did. By twisting the Constitution, she engineered a concocted Impeachment charge against Trump that effectively stopped any investigation into what Hunter and his father were doing in Ukraine.

To those of us who were clueless about what was behind Pelosi’s Impeachment effort, we knew the Senate would never sustain the Impeachment. Because they wouldn’t, we thought Pelosi did this out of her loathing for Trump, but we were wrong. It was really her calculated plan to stop him from meddling into the Democrats’ plan to have Joe win the White House. This was Pelosi’s true purpose. Because she was successful in cutting off any investigation into Ukraine by the White House, she accomplished her goal. Having done so, it must have delighted her that we remained badly fooled. She’s definitely this devious and cunning.

Going one step further, what the Bidens and others received from Ukraine was miniscule. What they received from China wasn’t. It’s a massive amount of money. We are yet to have scratched the surface about what’s really transpiring with the Chinese. One thing about the Chinese I have in the back of my mind, however, is the “coincidence” of COVID-19 arriving immediately at the end of Trump’s trial in the Senate. There are no coincidences. Something is wrong. I’m sure of it, but I haven’t figured it out yet.