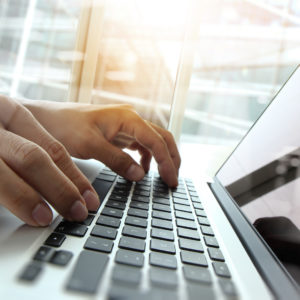 I watched the entire Maricopa County, Arizona, presentation yesterday. It felt like a seminar, when I was at Emory University pursuing a Ph.D. Although I was expecting one scenario, what I received was something entirely different. I was anticipating a Perry Mason moment, where the truth of the election was disclosed and Trump was proclaimed the victor. Instead, what I watched was more like a CSI program, where a crack forensic team demonstrated that what looked like a natural death was actually a murder.

What the Cyber Ninjas proved conclusively to any fair-minded person was that there was a deliberate, criminal conspiracy to ensure that Maricopa County would deliver the state of Arizona to Joe Biden and not to Donald Trump. The bottom line is there are 57,000 votes that are questionable. These suspect votes total more than three times Biden’s margin of victory.

To make certain that what the Maricopa County Board of Supervisors did to ensure Biden’s victory would never be discovered, the day before the audit was to begin, nearly 1.1 million subpoenaed files were anonymously deleted. Doing this was criminal obstruction of justice. Arizona’s Attorney General, Mark Brnovic, must pursue these crimes.

For those who have maintained the election was fair and honest, these deletions are proof positive that it wasn’t. The Cyber Ninjas demonstrated that it wasn’t.

Only fools, those who have a vested interest in perpetuating the darkness, and the willfully obtuse can dispute the results of this audit. Arizona was stolen, plain and simple.

Now, it is on to Georgia, Pennsylvania, Michigan and Wisconsin to demonstrate that the same thing happened. My home state of Georgia is next. The pressure will be on our General Assembly to act against Governor Kemp, Lieutenant Governor Duncan, and Secretary of State Raffensperger. They must be investigated for wrongdoing and held accountable. Georgians will accept nothing less.