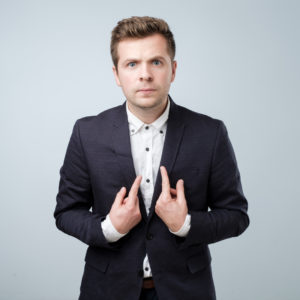 When it comes to church leaders, we all want someone who is confident and sure of themselves. It would be difficult to follow someone who regularly communicates that they have no clue what they are doing. After all, the Scriptures tell us that when someone sounds the bugle, if it is not clear, no one will prepare for war. 1 Corinthians 14:8 Leaders have the responsibility to clearly lead.

Now let’s talk about skill for a moment. Let’s face it, some church leaders are more skillful than others. Some may have a real gift of speaking; the words just flow like living water. Others, not so much. But speaking is not the only area where someone may be skilled. Some may be very administrative and organizational, others may have a real gift of evangelism, or counseling. Perhaps another has a real caring pastor’s heart. I bring this up because when we combine skill and confidence in a leader’s life, it can result in areas of pride.

What we need to understand is that skill is different than pride. Skill may be God given and developed by the user. Whereas pride (and humility) stem from the our heart in response to the skill. You see, two people may play the trumpet equally as well, but one is filled with pride, while the other is very humble. Pride and humility are a choice, an attitude, that we make from our will or heart.

Let’s look at a Biblical example. Moses grew up in the courts of Pharaoh. He was given the best education in history, philosophy, training in leadership, etc. His life was clearly favored. His leadership, accomplishments, and position were his strengths and talents. Strengths that the Lord bestowed upon him. But how did Moses respond? I believe it was with pride. When he saw that an Israelite was being unjustly treated, Moses rose up and killed the Egyptian because he thought that he could save the Israelites himself, a call that would later come from God after Moses was emptied of pride. This is where we will now see how God deals with pride.

God allowed the wheels to fall off Moses wagon. Being found out for the murder of the Egyptian, Moses is stripped of his position, his talents, his leadership. His place is removed and he is forced into the desert where he ends up tending sheep for 40 years. How humbling is that? You see, God didn’t deal directly with Moses pride, which would violate his free will, He dealt with his talents and skills putting Moses in a very low position. The result was that when God finally does ask Moses to go to Egypt and free the Israelites, Moses basically refuses because now he feels he can’t even speak. His pride has been clearly broken and now has a heart of humility.

The story is true of Peter as well. When Jesus talks to the disciples about His death and His betrayal, what was Peter’s response? “I will never deny you Lord”. Wow. The pride. Well, perhaps Peter had pride because of his position. After all, he was the one who got out of the boat. He was the one who was called the Rock. He was one of the special three and was even named first in the group of Peter, James and John. So how does the Lord deal with Peter’s pride? Not by going after it directly, but by causing him to fail miserably. After Peter’s three-time denial of Jesus, the Rock is turned to Rubble. Peter feels completely unworthy of being a disciple. His pride is gone and he’s filled with shame. He basically quits the ministry. He’s so broken that he needs a special invitation from Jesus to meet him in the upper room. In Mark 16:7 the angel says to the women at the tomb, “Go tell the disciples and Peter to meet Him in Galilee”.

When God deals with our pride, He touches the areas of our life that we took pride in. Without violating our free will, He brings us to the place where we voluntarily repent of the pride. He deals with our outward circumstances, our positions, our talents, our reputation, or our skills. In an act of mercy and love, the Lord allows failure to whatever degree is necessary to bring us back to the place of a humble heart. The Scriptures say that “the Lord resists the proud….” James 4:6 Well I guess so.