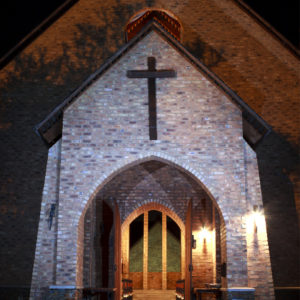 Throughout the land, Christian people are looking to their governors, seeking permission to reopen their churches for worship. With President Trump being supportive, believers are hopeful that their long religious hiatus will finally be coming to and end. Witnessing this, I am flabbergasted by what is happening. Neither Christians, Jews nor even Muslims need to ask permission to reopen their places of worship. The government has no moral, ethical or legal right to have closed your places of worship in the first place—none whatsoever.

That you have allowed them to do so indicates one thing: You do not have a clear understanding of your rights guaranteed by the United States Constitution.

Our forefathers, the Pilgrims who landed at Plymouth Rock in 1620 and the Puritans who founded Massachusetts Bay Colony in 1629, came here to flee religious oppression. Because this issue was so important, Freedom of Religion is the first right mentioned in the Bill of Rights. Our Constitution says, “Congress shall make no law respecting an establishment of religion, or prohibiting the free exercise thereof.” No state or local jurisdiction can do this either.

Religious freedom isn’t a suggestion. It’s an inalienable right. This means it cannot be taken away by government or by anyone else. It’s fundamental to who we are as a nation. The right to assemble and worship has been bestowed upon us by our Creator, Almighty God. It is not granted by government. Because this is true, no Blue State Governor has any legal right to keep you out of church. The President doesn’t even have this authority.

That you have allowed yourselves to be bullied and intimidated by the likes of Governor Whitmer, Governor Cuomo, Governor Newsome or Governor Pritzker doesn’t say as much about them as it does about the Christians and Jews who live in Michigan, New York, California and Illinois. Of course, these Democratic governors want to arrogate power and authority to themselves that they do not have. This is what Democrats do, but the real travesty is that Christians and Jews have demurred and allowed it to happen. Believers have permitted their inalienable rights to be taken away by those who are more than willing to do so. Essentially, Christians and Jews have bowed their knees to Baal.

When the COVID-19 pandemic hit, being good citizens churches and synagogues closed their doors to keep the disease from spreading, but this was a voluntary act on the part of people of faith. It wasn’t required. It couldn’t be—not Constitutionally. What is so amazing is how cowed people of faith have become. Let me ask you, where is the strength of your convictions? Where is the power of your faith? And why have you allowed your state government to have authority over a right that is inalienable?

The weakness Christians and Jews have shown about this issue is appalling. Throughout history, your spiritual forefathers have been burned at the stake rather than do what you have done and are meekly whining about. Now that it is safe to do so, go back to worshiping God and never allow yourselves to be intimidated like this again. You need not ask permission; just grow a pair and do it.