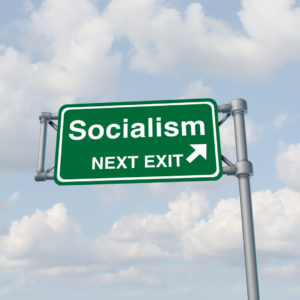 The House of Representatives has narrowly passed a $3 trillion bailout package that essentially has everything the Radical Left has desired for decades but has been repeatedly rejected by the American voters. Using the COVID-19 pandemic for cover, the Socialists in the Democratic Party are doing everything in their power to fundamentally change the United States of America. They want our beloved nation to mirror what has failed in Western European nations, and they are exploiting our current crisis to achieve their goals.

Worst of all, they are giddy with excitement about doing so. Shamelessly exploiting the fear of imminent, gruesome death, nearly every Democratic governor has imposed draconian restrictions upon compliant Americans, all in the name of saving lives. They are doing this, while at the same time making unwise leadership decisions that have cost the lives of thousands of elderly people. Governor Cuomo (D-NY), for example, has mandated that COVID-19 patients be admitted into nursing homes. Nearly 6,000 people died needlessly as a result. Although Cuomo is guilty of negligent homicide, neither he nor the governors of New Jersey or Pennsylvania who did the same thing, killing thousands, will be prosecuted. Democrats never are.

Despite all of the fearmongering by the Democrats and some Republicans, the American people have had enough. We will no longer allow our 1st Amendment rights to be trampled upon by overzealous, dictatorial Democratic governors. Let me be clear: WE HAVE HAD ENOUGH. It’s time for us to stand up to this tyranny, just as forcefully as our ancestors did in the past. It’s time for us to open America up again to be the land of the free and the home of the brave.