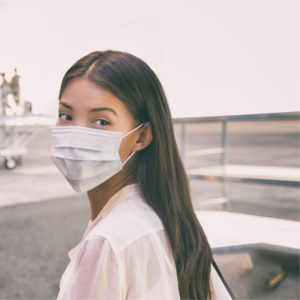 Containing the Coronavirus is currently President Trump’s number one priority. So far, only one person has died in the USA, but the economic devastation this virus has caused is crippling our economy, just as it is in every other nation.

By any measure, this is a significant crisis. So, how is Trump measuring up to the task? If you listen to what Democrats like Senator Chuck Schumer (D-NY) and the Progressive media have to say, Trump has fumbled the ball completely, but has he really? If not, how can his response be measured accurately?

With just one death and sixty-two cases reported in a nation of 330 million, on its face Trump has done quite well—at least so far. There are reasons why. When it comes to epidemics and ways to isolate potential victims, the CDC and the Department of Health have well-established guidelines that have been in place for years. Even with the threat of Ebola several years ago, which has a mortality rate of 90% or higher, it was the health system of the USA that was responsible for stopping the spread of that truly horrific disease.

With the Coronavirus originating in China, where we had no way of assessing just how far it had spread before the Chinese government came clean about how serious their problem was, it seems clear that neither Trump nor anybody in his administration could do much to “nip it in the bud,” as Barney Fife used to say. When Trump stopped flights to and from China several weeks ago, the same people who are criticizing him now for being unprepared are the same ones who blamed him for overreacting. Only with the Democrats can you have it both ways.

With a death rate of less than 2%, perhaps much less, Coronavirus is not as serious of a health hazard as Ebola was but, by the hysteria that is being associated with it, you would think that it was. By addressing the nation, coupled with providing the media with detailed information about what is happening on a consistent basis, Trump is being responsible in dealing with the Coronavirus crisis.

Nevertheless, because the Democrats think this is a winning issue for them, they have stoked the fires of fear and panic, hoping to use the Coronavirus to their advantage in the 2020 Presidential Election. That this is irresponsible and reprehensible is obvious, but it is also consistent with the way Democrats behave. In fact, it’s predictable.