It is becoming increasingly evident that the FBI was engaged in a willful, deliberate plot to undermine 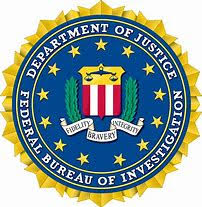 the Trump campaign and his subsequent Presidency, by planting a mole inside the campaign. Apparently, the purpose of this spy was to either find Russian collusion or, more likely, to create the false narrative that collusion existed.
This is why the FBI and the DOJ have been so reluctant to provide Congress with documents related to the Trump campaign and investigation. Stating that it would be a “threat to national security” to reveal the name of the spy, the FBI and DOJ have refused to cooperate, but this has nothing to do with national security. It has to do with embarrassment and potential criminal conduct by the government. It also undermines the credibility of the Mueller investigation, which has been based on the trumped up allegations—no pun intended.
The further Rep. Devon Nunes digs, the more complicit the government’s role becomes. Because their deeds are evil, the FBI and DOJ will continue to stall, deflect, and defend, but they would be much wiser to come out of the shadows and expose the truth to the light of day. It’s all going to come out anyway, and we, the American people, have a right to know the truth.
https://www.wsj.com/articles/about-that-fbi-source-1525992611?mod=cx_picks&cx_navSource=cx_picks&cx_tag=contextual&cx_artPos=1#cxrecs_s
https://www.reuters.com/article/us-usa-trump-russia/democratic-senator-releases-fusion-gps-testimony-in-russia-probe-idUSKBN1EY2D4
Posted in Articles, Government