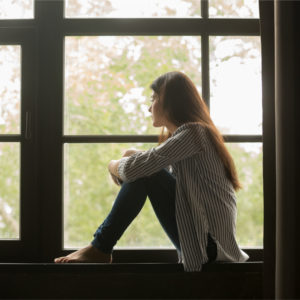 Recently I had a disturbing dream.  I was in a long narrow room full of women.  I only recognized two of the ladies–Liz and Jenny.   Liz held up a very expensive designer purse that she had won in a contest.  She already had plenty of designer purses so she asked who would like to have it.  She was standing right in front of me and as I started to raise my hand she began walking through the room showing it off.  Then she said, “I would like to have at least $40 or $50 for it.”  I shrunk back and put my hand down, feeling embarrassed.  Although I didn’t voice it, apparently I did not have the funds.

The next thing I knew Liz and Jenny each had a large bottle of perfume.  They were going to spray us with the fragrance and I was first in line.  For some reason, I laid back and was completely reclined.  Liz repeatedly sprayed the perfume on my body while Jenny held her bottle right in front of my face.  She sprayed me so many times that it forced me to tightly close my eyes and mouth.  The excess ran around to the back of my head and neck.  I tried to wipe some of it away, but they both kept spraying.  Laying down, I was in no position to resist them.

When I woke up this question was swirling around my mind, “Does my life stink so much that I needed all of that perfume to cover it up?”

Wait a minute!  I don’t think my life stinks!  It doesn’t…does it?

For a while I had been having discomfort in some of my bones, but I was standing on Scripture and believing for complete restoration.  The week before the dream, some additional bones that had never given me trouble also started aching.  I’m big on finding Scripture that applies to whatever situation I may be facing and meditating and confessing the promises daily.  So I started digging in the Word regarding bone health, figuring I would just double down on taking my “spiritual medicine”.

One verse I came across repeatedly was, Proverbs 14:30, “A sound heart is the life of the flesh: but envy the rottenness of the bones.”  I quickly determined it didn’t apply and sought out Scripture that I thought was more in tune with what I was dealing with.  You know, verses that promised me healing because obviously the enemy was trying to put sickness on me.  Yes, it was ALL “his” fault.

However the morning after the dream I shared the details with a family member.  Almost before I finished talking she said, “I know what that means.”   She also knows the ladies in the dream that were spraying me and offered this insight for my consideration: It wasn’t so much that your life stinks.  I think it is more a case of–compared to their lives, you think your life stinks.  Both ladies are entrepreneurs and have their own thriving businesses.  They are living their career dreams and loving it.  They also both have loving, loyal husbands who support their wives’ business endeavors wholeheartedly.  “Do you think you could be envious?” she asked.

I thought of Proverbs 14:30, “A sound heart is the life of the flesh: but envy the rottenness of the bones.”   The word, sound, means meekness or gentleness and is synonymous with humility.   But envy is defined as jealousy and it is rooted in pride.  The bottom line:  when we look at others and what they are, or what they have, and we envy or are jealous of them–it is like a rottenness eating away at our bones.

I will admit there were times I would see a photo of one of these ladies on social media and see either their husband singing their praises or a business milestone they were celebrating.  At times it would provoke a slight attitude in me.  Not a reaction like, “I don’t like you.”  Not at all.  But more of just a little “irk”–a little something that chipped at my self-esteem.  The problem was not with them, it was with me.  But it always passed quickly and I didn’t dwell on it.

That day I repented for being prideful–for comparing myself against others and being envious, at times, of what they appeared to have that I felt I was lacking.  I will admit that it looks wonderful to have a devoted supportive spouse cheering you on.  But if you don’t have one, you aren’t disqualified.  God is cheering you on and all of Heaven is on your team.  You are not alone.

I dug out an old study manual on the fruit of the Holy Spirit and turned to the chapter on meekness.  When I purchased this over 20 years ago, it was the first fruit I felt led to learn about.  Many times I tried to move on to the others, but always felt directed to stay put.  Do you know how long I studied, meditated and endeavored to grow the fruit of meekness before I received the “green light” to move on?  Six years.  So coming back to these precious pages was like visiting with an old friend.  The words were so marked up by highlighter and the margins so filled with notes, it is almost difficult to read.

And there were the words my envious self needed to re-read:  “Many things occur in daily life to provoke a person, but the Christian gets over it  by meekness.”

We flippantly say when things bug us, “Get over it!”  But my manual  outlined how to practically apply that statement–you do it with meekness, gentleness, humility.  Practically walking it out looks like this:  Ask God to subdue any pride in your heart.  Magnify Christ–He gave you the gift or talent anyway, it’s not your own–He deserves any praise.  Develop the habit of depending on the Holy Spirit.  It is not a one-time occurrence.  Claim the enabling help of Christ.

Meekness is not weakness.  It is soft but not soggy.  It is actually iron in the spiritual bloodstream that is covered with heavenly velvet.  ~Dr. Lester Sumrall

A few days later I opened my Bible for devotions and my eyes fell on this Scripture:  “But the meek shall inherit the earth, and shall delight themselves in the abundance of peace.” Psalm 37:11.  When I saw the word, “meek”, of course it had my attention immediately.  Look at the two promises that accompany meekness–#1  inheriting the earth and #2  an abundance of peace.  Ever since I had repented of being envious, I noticed an amazing peace settle over my life.  I had not experienced one bit of stress for days.  When I saw this verse I realized it was because of the fruit of meekness working in my life.  It does not just bring peace, it brings peace in abundance!   And the bones that I had been pouring pain killer lotion on and strapping a heating pad to, stopped hurting.

But what does it mean to inherit the earth?  This refers to quietly occupying your land.  In Old Testament times it referred to God’s people possessing the holy land that they had been promised and was regarded as the highest happiness of life.   This is so important to our well-being that Jesus even quoted this in His sermon on the mount in Matthew 5:5.  Humility, meekness, gentleness–it was the hallmark of His ministry.  Why do you think He could endure the rejection, the betrayal of one closest to Him, the cross, the shame, even death–in all His gifting, in all His anointing, in all His power, He still humbled Himself to God.

God has graciously gifted all of us with talents.  But even then we must realize that He is the source of the talent and apart from Him, even Jesus said that He could do nothing.  Everything He did and said was only what He heard  or saw the Father do.  So my concern should not be what someone else accomplishes or who they have supporting them.  My measuring stick should be, “what has God given me to do and am I doing it to the best of my ability as I depend on Him to work through me”?  Am I being diligent to the call?  Am I bringing Him glory?  I can cheer others on and celebrate their achievements, but I am not racing against them.  I am racing the clock to do what the Father shows me and speaks to me–always being aware that it is His power, His anointing, His ability.  I just need to depend on it and yield to it.

The reason Jesus was exalted was because He first humbled Himself.  Why would we think we would get to skip that step?

Christmas is only 20 days away.  If we think we have the right to be rude to a sales clerk because the lines are long, we are in pride because impatience has its root in pride.  If we boast about our accomplishments claiming to be the best car salesman in the state of Iowa, or the best plumber in the county, we are prideful.   1 Corinthians 13:4-5 in the Amplified Bible says this:  “Love endures long and is patient and kind; love never is envious nor boils over with jealousy, is not boastful or vainglorious, does not display itself haughtily.  It is not conceited arrogant and inflated with pride; it is not rude unmannerly and does not act unbecomingly. Love (God’s love in us) does not insist on its own rights or its own way, for it is not self-seeking; it is not touchy or fretful or resentful; it takes no account of the evil done to it, it pays no attention to a suffered wrong.

Boasting is dangerous.  I know someone in her 40’s and she is desperate to get married.  This woman works in a customer service field, yet has openly said that she cares nothing about her clients.  I heard her myself say that when she services a customer, she talks about herself because she does not want to hear about their lives.  She also claims to be the “best in her field”.  Do you see why she may be single?  Boasting is defined as quackery.   Quackery is when someone claims to have a special knowledge or skill in a field–it is a dishonest or pretentious claim rooted in pride.  While it is true that some people are very gifted in an area, we need to recognize that any success we have, any gifts we possess, any endowments we enjoy–they all originate from God and the praise is His.

Meekness is what made Queen Esther so attractive to King Ahasuerus.  She humbly submitted to the plan of God for her life.  She didn’t push and shove the other contenders out of the way or put them down to make herself look better.   She went before him with a bowed head and that won her the crown.

I don’t care how expensive the fragrance is, if we are full of pride, we stink.

May we use our gifts to serve others, bless others and glorify God in a spirit of humility.   Your bones will thank you for it.