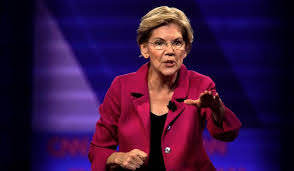 Senator Elizabeth Warren (D-MA) is being justifiably criticized for how much her universal healthcare coverage would cost if she is elected President, which will not happen. If she gets the nomination, she will face a defeat as significant as George McGovern or Michael Dukakis. The $52 trillion price-tag for her healthcare scheme is the reason why, but she has made another campaign promise that is even worse than this one.
She has promised to get rid of fossil fuels. While this might play well with her Progressive base of Leftist fools, it would destroy the American economy, reverse the industrial revolution, and make us vulnerable to attack by our enemies. Currently, our GDP is near $22 trillion, with about 25% of it directly tied to the energy sector.
Our unprecedented growth during the Trump administration is largely based on his deregulation of the energy sector. With fracking, oil exploration, pipelines, and coal production, we have developed our natural resources to become an energy-exporting nation. This, more than any other factor, is why our GDP has gone from $18 trillion to nearly $22 trillion in three short years.
Warren, fool that she is, wants to reverse this while simultaneously spending wealth that would no longer exist to finance her disastrous healthcare scheme. Without fossil fuels, the USA would quickly decline and become a regional power and never be a superpower again. This is what Senator Warren is proposing, but nobody in the media seems willing or able to put the pieces of the puzzle together to demonstrate how terrible her Presidency would be. The bottom line is she would make Obama and Carter look like great Presidents by comparison.
—Jack Watts
Posted in Articles, Government