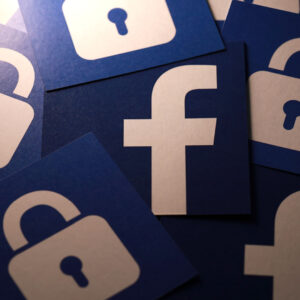 I am not good at expressing myself in short, bite-sized statements, years ago I chose Facebook over Twitter as my social media forum. Although Facebook limits Friends to 5,000, it doesn’t limit Followers, which made it ideal for me.

Initially, my goal was to use this forum to help me sell the books that I write, but my purpose quickly changed. Once I started writing political posts, my following grew much quicker. This isn’t what I intended, but it is what happened. Shortly after Donald Trump defeated Hillary Clinton, one of my political posts was shared on Facebook 197,000 times. Shortly thereafter, I published Creating Trump Nation.

That’s when things began to change for me on Facebook. At the time, I had about 24,500 Followers. Now, six years later, I still have that same number. No matter what I do, the number never reaches 25,000. If one of my posts is popular, which quite a few are, my Followers increase. In the days that follow, however, fifteen to twenty Followers a day drop off until I’m back to my Facebook-imposed limit of 24,500. I believe they have an algorithm that will not allow me to reach 25,000. In fact, I’m sure of it.

This means they’ve been Shadow Banning me for years. Since I write books, promoting them on Facebook, their restrictions have cost me substantially, and their only justification for doing so is that I am a Conservative patriotic Christian and not a Progressive Democrat. The heavy hand of censorship isn’t just for major political figures. It extends to regular people like me, but why would they do this?

It’s because what they intend to create in America is Totalitarianism of Thought. To achieve their goal, they must squelch people like me by stepping on our inalienable right to Free Speech. I’ve known this has been happening for years. Now, with the Leftist plot to squelch Free Speech being exposed at Twitter, I suspect Facebook, Google and You Tube will be required to open their books and account for what they have done. This is what I hope happens anyway. All of them need to be held accountable.