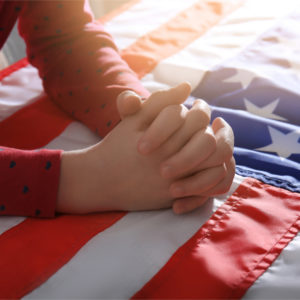 From the nation we once were—from the people You’ve called us to be.

Increase their power over the righteous, they betray

The public trust time after time, and it’s all for personal gain.

Inept, they point a blaming finger at others,

Constantly condemning anybody but themselves for their failures,

But nothing could be further from the truth.

They are the ones who are destroying our nation’s future.

They are the ones who want to take America down “a notch or two.”

Repeatedly, we witness one miscarriage of justice after the other.

Have abandoned the ways of righteousness in favor

Of a lifestyle that provides them with bountiful lucre.

In their greed, they exploit the innocent to enhance

Their positions of power over them, all to boost their status

And satisfy their lust to fulfill their perverse sexual cravings,

But this is not the future You want for the American people.

Oh, how we long for the honorable leaders we once produced—

Men and women whose only purpose was to do what was right,

Regardless of personal consequences,

Regardless of whether it was in their best interests or not.

But we, Your children, also have a part in our nation’s decline.

In our foolishness, we have not paid attention to our direction,

Nor have we been as involved as we should have been.

Instead of taking our civic responsibility seriously,

We have left our nation’s future up to others—

Up to those who champion Evil and call it Good.

For this, we are deeply sorry, remorseful and repentant.

Father, we have created a mess of our own making,

Of our souls, nor is it what You want our future to be.

Where we are grieves us deeply, but we are powerless

To change the trajectory of our nation’s future

Without Your intervention and Your leadership.

For this reason, on this National Day of Prayer,

As Your children, we bow our knees to You and ask that You

Lead us, guide us and sustain us; bless us and restore us

To the greatness You desire for our nation to experience.

We ask all of this in the name of Jesus Christ,