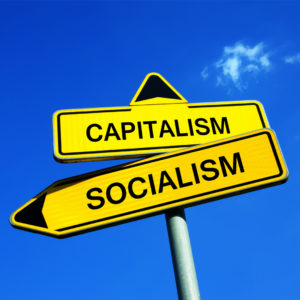 My heart aches. Sometimes, I have to fight back tears when I think about the state of our nation. While we have been pursuing our lives, just trying to make a living and mind our own business, Radical Leftists have established a foothold in America. These people hate our nation, our history and everything America represents to the world.

Despising God, they are bitterly scornful and contemptuous of Christianity. It is the purpose of these anti-Americans to transform the land of the free and the home of the brave. They want our nation to become a Socialist country that none of our forefathers would recognize or desire. To achieve their goal, Radical Leftists have instigated and initiated a wave of violence, setting many of our great cities ablaze.

Believing they can be useful and controlled, the Democrats have aligned themselves with the Radicals. Doing so has been the mistake of a fool, but Democrats aren’t the only fools. Pro-Israel Jews and Politically-Apostate Christians—those who have become fellow-travelers with the Radicals—are equally at fault.

While using violence to achieve their goal, the Radical Leftists have simultaneously attacked police departments, repeatedly demanding that funding for law enforcement be redirected to social programs. The net result is increased crime, especially in large cities controlled by Democratic mayors.

With crime increasing, defunding the police hasn’t made a bit of sense—not until today. Their purpose has now become clear. Because of the increase in lawlessness, Democrats have started pressuring President Trump to initiate gun control. This is what they want. It’s the goal of the Radical Left. For them to takeover, they must strip us of our 2nd Amendment rights. Unless they can do this, there is no way they can subjugate the American people and they know it.

What I have written is the truth. So, if you want to retain your nation and your Constitutional rights, including your right to bear arms, you must stand for America. In this election, it also means you must vote for Donald J. Trump.