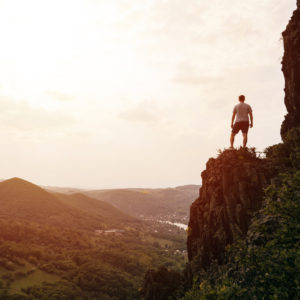 God gave me a vision over twenty years ago. When you know it’s from God, then the vision remains fresh and vivid every day, even though you may have duties and relationships that require your attention and love. We can do ALL things through Christ who strengthens us.

My wife of forty eight years and I built a successful company, raised two children , served in churches and now rejoice in the blessings of three Grandkids. We have walked in Faith together through some challenging “Life Fires” and by the Grace of God, we have prospered and been able to sow “good seeds” in others along the way.

Over twenty years ago the spirit of creativity was coming alive in our church so I prayed, Lord, please help me to write one song. I was not a songwriter but I had classical piano training . Within ten days, I received ten songs. Waking up in the middle of the night with a melody in my dreams, I would sit down at the keyboard and my hands would take off effortlessly. Lyrics began to follow as I closed my eyes and viewed the scene in my mind’s eye. Some of the lyrics incorporate scripture. I found the scripture was coming alive as if the characters in the Bible were my best friends. One night I woke up around two in the morning from a dream about Peter. Peter wasn’t lukewarm. He cut off Malchus’ ear in the garden, walked on water and when given his final request before crucifiction, he said crucify me upside down for I’m not worthy to be crucified right side up like my Lord. Yet, Peter denied Jesus three times and when he took his eyes off Jesus and feared the waves, he began to sink. Make no mistake, when he saw Jesus after the resurrection, he became bold as a lion. He became fearless. In my dream, Peter pondered what he would say to Jesus or do for Jesus when he came face to face with the Lord again. Perhaps he could write some lovely poetry, draw an exquisite art piece, fashion a beautiful sculpture or simply say the perfect greeting. He began to worship and I heard Peter say, “I know now exactly what I will say to the Lord when I see him.” Peter said, “ I LOVE YOU LORD!” I woke up hearing and humming the exact same notes and then the song I LOVE YOU LORD was written that night.

One Saturday morning after having received fifteen songs, I asked my wife, “What do you think is going on with all this music that I’m receiving?” She said, “I think God has given you a musical.” I responded, “What do you think it’s about?” She thought for a moment and said, “I think it’s about the Second Coming.” I agreed, “I do too.” So as you can see I did not set out to write a musical. I decided with much study and research to determine the meanings of these songs. My study and research was relentless. I discovered scenes in the Bible that each song was about. The storyline began to come in focus.

The story begins where most Christian musicals, plays or movies end. They usually end with the Resurrection and some will also add the Ascension. Our story begins at the tomb. Act 1 Scene 1 opens up with Lucifer gloating over his victory of Jesus, who lays dead in the tomb. Lucifer sings his sinister song titled, Revenge, with a haunting invitation for the audience to bow down and worship him, claiming that he is the king of kings. Reveling in his revenge, Lucifer looks over his shoulder only to see the Archangel Michael rolling the stone away to release Jesus in his resurrected body. A tug of war over the stone ensues and Michael is victorious and the song ends on a major chord with Michael smiling as Jesus rises from the grave.

Before Jesus ascends, he gives the Disciples two promises and the Great Commission. His first promise is for the Disciples to wait in the upper room to receive the gift of the Holy Spirit. Jesus’ second promise is, “I’m coming back a second time !” This second promise is fulfilled in Act 2 with Scene 1 opening up with John on the Island of Patmos where he receives and writes down the vision, the Book of Revelation. The rock musical ends with a war between angels and demons, an ultimate battle between Jesus and Satan, and the glorious victory for Jesus, the Lion of Judah.

I believe God has given me this music for the purpose of inspiring the world to seek Jesus and get ready for his Second Coming.

We have been rehearsing this summer throughout our workshop process to develop our show and we will have four workshop preview shows beginning on September 10, 2021. The previews will enable us to receive feedback from family and friends as we view this original rock musical on stage for the first time. Our Premier opening night show with full costumes, sets, lighting and multi-media screen will be in the summer of 2022.

Visit our website secondcomingtherockmusical.com for updates, music and how you can get involved with our ministry!