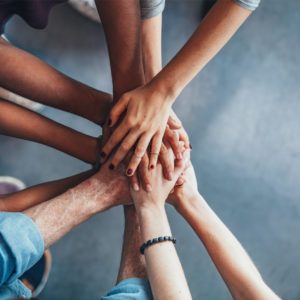 The Pandemic Crisis of 2020 will go down in the history books as the most significant uniting force the world has ever seen. Never before in the history of humanity have so many been united against one common enemy, the COVID19 virus.  Christian, Jew, Hindu, Muslim, Republican, Democrat or Socialist, all fight beside each other to defeat him. Wars have stopped, and even hostages released while every man, woman, and child begin to face this insidious foe in their own homes.  There is no discrimination.  Rich or poor, prince or common man are all affected the same.  Every mountain of society has been touched.  Schools and churches have closed.  Financial institutions are scrambling to keep up with crashing economies.  Industries who just a few short weeks ago were celebrating their best year ever, are facing bankruptcy.  Nations have shut their borders, and goods are in short supply while the poor lay dying in the streets because there is no food.  So, what is God saying, and where do we go from here?

After King Saul died in 1Chronicles 10, large groups of men, standing as one, joined David, making him King.  One of those groups was two hundred men from the tribe of Issachar.  The only thing we know about these men is that they were leaders who all understood the signs of the times and knew what was right for Israel.

Humanity is facing changes that will make or break the church.  We, as God’s people are in a season of transition.  We must face the fact that the way we have done “church” in the past will no longer be effective.  Right now, we have a short period of time to pray, seeking the Lord that we might understand the times that we are now living in, and know what is right for the Kingdom of God.

The Lord is speaking to us, “Get ready.  Get ready.  I am coming in power, and I will impact the earth with a move of my Holy Spirit like it has never happened before.  As the world has united against this pandemic, so shall my people be united against the devil and all of his works. The power of witchcraft will be broken. The weapons of suicide and depression that have plagued my people will no longer be effective.  I am breaking the stronghold of mental illness.  Sickness will no longer be able to stand before me.  I am about to blow across the earth, and that which isn’t anchored will tumble like weeds.  Lives that have no foundation are at risk of crumbling.  The greatest religious institutions will face challenges like they have never faced before, and yet those who have anchored themselves well will survive and increase.  Those who have resisted my words will be blown about and destroyed.  Get ready!  Get ready!  The wind is coming!”

1 Chronicles 12:32 From the tribe of Issachar, there were 200 leaders of the tribe with their relatives. All these men understood the signs of the times and knew the best course for Israel to take