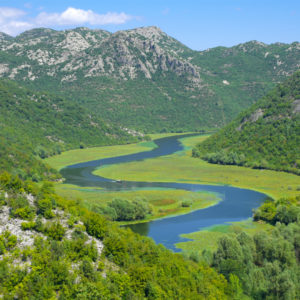 Almighty God is very patient with each of us. Long-suffering is also in His nature. It’s why both characteristics are fruit of the Holy Spirit. When God calls us, you and me, He takes us as we are, regardless of where that might be. Then, He begins His long and arduous task of molding us into the image of His Son. God is relentless about this, even when we wish that He wouldn’t be.

When He calls, many have almost no foundation at all. I include myself among those who didn’t. When most kids are young, the first song they learn is “Jesus, Loves Me” or “Jesus Loves the Little Children,” but this wasn’t the first song my brother and I learned. By the time I was four and he was just three, whenever guests would come to our house, my brother and I would entertain them with this song:

Take it in your hand Mrs. Murphy

For it only weighs a quarter of a pound.

It has hair on its neck like a turkey

And it spits when you rub it up and down.

Everybody laughed when we sang this. They loved it. Being little, we had no idea what we were singing. Nevertheless, this is an indication of how strong the family of origin strongholds against godliness were in our lives. These fortifications needed to be dismantled and remade to make my life useful. My core foundational values were deeply flawed, requiring decades to remold, but this bawdiness was just one example among many.

Here’s another: When we were young, my dad called our mom, Murph. It was his nickname for her, but her maiden name was Regan, not Murphy. Nevertheless, we followed suit and called her Murph. Although she protested mildly, we just laughed and continued calling her Murph.

It wasn’t until much later in life, when I was in my fifties, that I connected her nickname with the song. When I did, I told my brother and sister why Dad called our mom Murph. Both refused to believe it at first, but they eventually did.

There is a reason why I am relating this story to you. When God began His process of molding me into someone useful, He had a long way to go. My wildness, especially in my deeply-flawed belief system, was well entrenched. My foundational values, like many others, were antagonistic toward God’s truth. Before the truth could take hold, I had to deconstruct many deceptions about life that I firmly believed were true. Doing this required time, especially since there was nobody to help me.

Throughout the process of God making me who I now am, He has been patient and long-suffering, even when many legalistic Christians have been condemning and dismissive. All of this, even the hurtful judgmentalism of the self-righteous has had a purpose. Everything is coming to a head. My greatest purpose in life continues to be before me. I know that “for such a time as this,” God has put me in this place and in this position. He has done the same thing with you. It all has a purpose—a purpose that is close to being revealed.