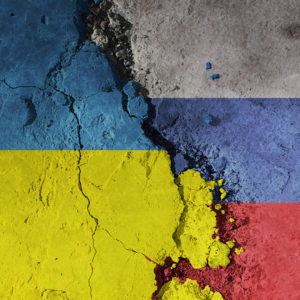 As the world watches war footage in horror, Russian troops continue their methodical march toward Kyiv, Ukraine. Not in the least intimidated by the hand-wring anger of the Biden administration, the condemnation of worldwide opinion or the fear of biting economic sanctions from many nations and corporations, Vladimir Putin is single-focused in his determination to achieve his objective. It’s the neutralization of Ukraine from being any kind of real or perceived threat to Russia. This is his goal, but what should ours be?

What Biden, NATO and citizens throughout the world desire is for Russia to cease its hostilities and return to its borders. This is what we want, but this isn’t going to happen. The “status-quo ante” position is no longer an option. It actually became untenable years ago. We just didn’t realize it, but how could we miss something this significant for this long?

In my opinion, it’s because too many “people of importance” in the USA have been getting rich from Ukrainian corruption. Those financially benefitting include Hunter Biden, the Biden family and scores of others. The list also includes numerous powerful Republicans. Corrupt funding via Burisma hasn’t just come from energy revenue though. It has also come form illegal munition sales, sex trafficking, pedophilia, and drugs—a smorgasbord of wealth generated from depravity. Few know it, but our CIA has been using Ukraine as a base of operation to undermine Russia for years.

Unfortunately, our unwise behavior has come home to roost. That we thought our conduct, which has been our de-facto foreign policy for most of this millennium, would be tolerated by Russia with impunity, reveals just how naïve our leaders have been. Enjoying the safety of being surrounded by two oceans, with no major military power other than USA in the Western Hemisphere, we have been fools, mistakenly believing there would never be a day of reckoning for our misbehavior. We’ve believed this even though Putin repeatedly warned us of impending consequences.

Now that Russian troops are closing in on Kyiv, instead of waging a PR campaign against Putin that threatens to escalate the conflict beyond Ukraine, it’s time for some wise, sober thinking. To begin with, we need to address the reality of what the outcome undoubtedly will be, instead of maintaining a virtuous position that has no foundation in reality. Our moral outrage is completely unjustified. Plus, in “Real Politic,” it’s actually irrelevant.

To continue with virtue signaling will do nothing but destabilize the situation. Anything that continues to destabilize the conflict threatens to escalate it, which means we must stop. Specifically, the following is what we have been doing wrong:

One, many are calling for Ukraine to be admitted to NATO. This is the worst idea currently floating around. If Ukraine is admitted into NATO, World War III is assured. You can count on it. Since we do not want this, the idea should be taken off of the table immediately. Second, we are being called upon to enforce a “No-Fly Zone” over Ukraine. This is another bad idea. Doing so would mean that NATO would be taking an enforcement position against Russia. This would also lead to World War III. Third, our NATO ally, Poland, has come dangerously close to giving direct military aid to Ukraine. The Poles, traditional enemies of Russia, must refrain from doing this. It could lead to World War III.

Okay, if these are the things we cannot do, in the face of such a humanitarian crisis, what can we do? We must do something! To begin with, we must recognize that our position is not strong. It’s weak. At this point, the best we can hope for is to minimize Putin’s success, but how do we even accomplish this?

Here’s my suggestion: We should call for an immediate cease fire, with the promise that Ukraine will become an unarmed, neutral nation from this point forward. Plus, Ukraine will never be admitted to NATO. This would provide Putin with the buffer state he desires to be between Russia and NATO nations. If we can achieve this, which may be difficult, given the incompetence of the Biden administration, we may prevent World War III, or at least postpone it for a decade or two.