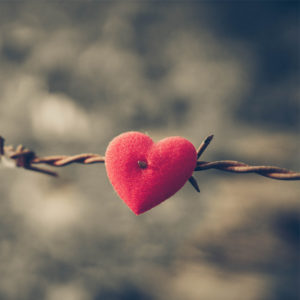 “Did you hear the news? The Lord God has decided that the man should not be alone. Anyone of us could become the chosen partner for him.”

One by one, the animals paraded past the new creation called man. He studied and examined each one and then gave them a name, but ultimately all were rejected as his partner.

The Lord saw that none of the animals were suitable to be man’s partner, so while the man slept, God took out a rib from the man and created woman. She was perfect.

The serpent, angry and jealous of being rejected, devised a plan. After trying in vain to convince the others to join him, the serpent set out alone to bring the woman down. He would show the man who was the boss. How dare man reject him as his partner. The serpent knew the rules of the garden. No one could eat from the Tree of the Knowledge of Good and Evil. That was his ultimate goal, make the woman eat from that tree, and then she would die. Man would surely choose him then. Using his newly perfected jealously-weapon, he convinced the woman that God was keeping something from her.

“Do you see that tree? That is God’s special tree. It’s not right that he is keeping it from you. Why can he eat from it, and you can’t?” Rejection and jealousy began to worm their way into her heart until she couldn’t take it anymore.

Hurt feelings and jealousy do strange things to people. They have been Satan’s plan since time began. If he can twist situations so that your feelings are hurt, and you become consumed with jealousy, then he can use that platform to bring you down. Ever since man rejected him as his partner, he has sought ways to destroy him. Don’t give in to those feelings. Don’t allow jealousy to rule over you and steal your blessings. There will always be opportunities to become jealous. There will always be situations where we will be rejected, and another is chosen. It is in these moments that our faith and trust in the Lord are tested. When Eve embraced jealousy, she lost the garden. The next time you feel rejected, and tempted to respond with feelings of jealousy, ask yourself, what do I have to lose? Then step on the snake’s head. You have God’s permission.