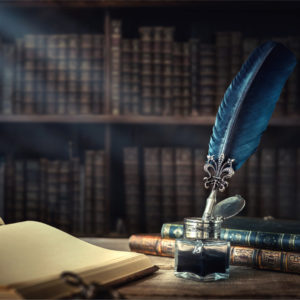 If you follow me and have read some of my recent posts, you have already taken the red pill. This means you see things as they are, not as how they are portrayed to be by the media, or by those who have a vested interest in deceiving you. Nevertheless, as bizarre as things have been, it can take a while to discern accurately what is really happened. Concerning the events that happened on January 6th in Washington D.C., this is certainly one of those very-involved situations.

When the riots occurred, the media, the Democrats and even many Republicans were quick to blame President Trump, going so far as threatening to invoke the 25th Amendment against him. Many actually want to remove the President from office. With just two weeks remaining in his administration, this seems ridiculous, but there are good reasons why they want him out of the way immediately. That they fervently desire this shows just how frightened they continue to be of Trump. The Democrats and even many Republicans have good reasons to be fearful of Trump’s continued Presidency, as you will come to recognize.

As further information surfaces, it’s increasing clear that the attack on the Capitol was not a spontaneous riot initiated by an angry mob. Instead, it was a carefully orchestrated assault by Antifa. Only a fool, someone who desires to be militantly obtuse, or someone who is politically disinterested would continue to believe the mainstream media’s narrative that Trump supporters did this.

The political goal of the Democrats was to make Trump look bad. Hopefully, they would also be able to rip away his base of support. With so many Republicans falling for this ruse, abandoning Trump and criticizing him publicly for inciting a riot, it appears that this strategy has worked magnificently. But the surface view can be misleading. Although it did work, it was a Pyrrhic victory. That’s because there is more to the story than what you have seen.

Based on the intelligence Trump received, his team knew beforehand that this riot had been planned and would take place. Instead of stopping it before it began, they let it play out. There was an important reason for pursuing this strategy. When the four busloads of Antifa rioters arrived, escorted by the Metropolitan D.C. Police Department, the insurgents used bullhorns to entice Trump supporters to join them in their assault on the Capitol. Some did, but they were not your ordinary rank-and-file Trump supporters. No, no, no; they were infiltrators from Military Intelligence. These men and women were not in uniform but were dressed to resemble Trump supporters.

They accompanied Antifa inside, but those from Military Intelligence were not participants in violence against Senators, Congressmen or the Capitol Police. Instead, they had a much different agenda. When the members of the joint session of Congress were threatened, they were hurriedly escorted to safety. Because they were removed in haste, being fearful for their lives, many left their laptop computers behind. Because these laptops contained evidence of complicity in voter fraud originating in a foreign country, Military Intelligence confiscated them.

Was it legal for them to do this, you might ask? I’m not certain, but I do know we must stop all foreign involvement in our Presidential Election.

Once the riot was over, the Senate and House reconvened. Being offended with President Trump because of what had happened, his support for objecting to the fraudulent electors evaporated. From the Democrats’ perspective, their mission was accomplished, producing a total victory.

Several hours later, however, DNI Radcliffe’s report on foreign interference in the 2020 Presidential Election was delivered to Congress. It came after Congress voted to accept the fraudulent results of the election. The report was ready earlier, but the NSA decided that they wouldn’r tip their hand. To this end, they also wanted to see for themselves in real-time precisely how the fraud played out.

They were able to do this the day before in Georgia. They watched the fraudulent victory for John Ossoff and Raphael Warnock be manufactured. Patrick Byrne, formerly of Overstock.com, Tweeted that he saw votes created in China and in Islamabad, Pakistan.

There’s even more to this, a lot more, but what I have disclosed is already quite a bit to digest. By the way, even if you want to, it’s too late to take the blue pill. You know too much.