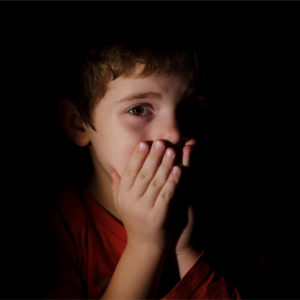 When my brother and I were about this age, our mom, Murph, decided that we needed to learn to swim. Acting upon her decision, she bought a package of swimming lessons for us at the local YMCA in Newton, Massachusetts. Back then, only men were allowed to be at the Y. Women had to go to the YWCA.
The following Saturday, she dropped us off at the Y for our first two-hour lesson. When Dick and I walked to the indoor pool, we saw dozens of full-grown men swimming. They were all naked. Everybody in the pool and around it was naked. Nobody other than Dick and I had on swimming trunks. Never having seen a grown man naked before, we were horrified. Neither of us wanted to get into the pool with them.
Turning to my brother, I said, “Let’s go.” Instead of staying for the swimming lesson, we walked outside and sat on the curb until our mom picked us up two hours later.
When we got in the car,  I said, “I don’t want to learn how to swim.”
“Me neither,” Dick chimed in from the backseat. That’s where he always sat. Being a year older, I rode shotgun.
Unwilling to accept our decision, Murph said. “I’ve paid for these lessons. You’re going to go.”
“No, we’re not,” I responded defiantly. She pressed the issue but, no matter what she said or did, we wouldn’t budge. We wouldn’t tell her the real reason why either.
We never told her why because, that’s what kids do. They clam up about these kinds of things and remain defiantly secretive. They won’t disclose what they’ve either seen or done. They develop a “No Talk Rule.” Since parents like Murph lacked the ability to probe gently, she never discovered the truth about why we were so adamant.
Being kids, we cannot be faulted for refusing to go back to the YMCA, nor for refusing to say anything about the reason why. There’s a lesson to be learned here, however.
Anytime a child, even a teenager, clams up about what is going on in his or her life, you can be sure something nefarious or perverted is the causal factor. Forcing them to tell never works. Being gentle does. Only gentle probing, where absolute trust has been established, will work. If trust hasn’t been established, you will never learn the truth.
Secrecy and fear of disclosure are the ingredients upon which predators thrive. Exposing them to the light of day, like the way I have done in The Three Commas Club, is their greatest fear. Because their deeds are evil, they are terrified of the light and cleave to the darkness. To protect your loved ones, you must always be hyper-vigilant.
Posted in Articles, Family