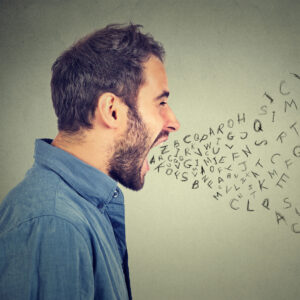 The cashier’s first words to me today were, “2022 was a horrible year. I’m glad it’s over.” When I pulled into my neighborhood after leaving the store, I saw a friend and rolled down my car window. Before I could ask how he was, he volunteered, “Aren’t you glad 2022 is over?” I asked, “Was it really that bad of a year?” He replied, “No, not really…” I had to wonder why he said it. Same with the cashier. Why release negative words if they aren’t even true? Habit? Part of the culture? Influenced by other negative people?

That verse doesn’t really require a lot of explanation; it’s pretty clear: Saying negative words has a price tag attached to it. When we realize–like stop and actually think about the fact that our words cause life or death to come into our lives–well, it’s pretty sobering. It’s the second lesson on the power of words I’ve learned in less than a week…

What about words that may not be negative–they may even be true, but they are words that shouldn’t be spoken. Here’s what I mean by that. A few days ago, I was headed to a meeting and I knew a certain topic was bound to be discussed at some point by those present. It was a little controversial and I didn’t want to say anything I shouldn’t. I just wanted to remain neutral.

On the way there I prayed, “Holy Spirit, please set a guard over my mouth.” That famous Scripture from Psalm 141:3 has probably saved all of us from saying the wrong things at one time or another when we’ve prayed it. But the Lord gave me an interesting answer to my request: “Because you routinely control what comes out of your mouth, this is not difficult for Me to accomplish. But when someone’s mouth is undisciplined, it’s not quite that simple to get them to cooperate.”

Have I ever overriden the prompting of the Holy Spirit and said something negative or wrong? Of course. Have I ever had to go back and apologize, explain myself, ask forgiveness? Oh yeah. But after enough of those fiascoes, you start watching what you say. You learn to think before you speak. You remember how painful it was for you and others in the past and exercise more discipline.

When the time came for the “touchy situation” to be discussed, and I was asked for my opinion, I took a deep breath, spoke very slowly, and chose my words carefully. Then, when I was certain I had added no fuel to any fire, but sprinkled some redemption and offered what I thought was a good solution before the group, I shut my mouth and kept it shut.

Everyone else in the room did the same. We all agreed to remain neutral–which was the right response to this problem. And just like that, it was over.

When it comes to words, less is more. Positive wins over negative. Redemption outshines rants.

Once words are out, you can’t get them back. Don’t let your words destroy your life, your health, or your year.