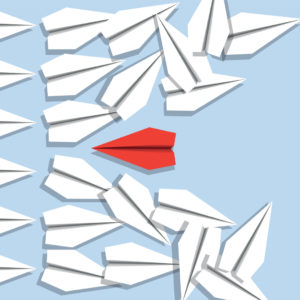 We need to change our perspective about the 2020 Presidential Election—not just a little but dramatically. Heretofore, we have been on the defensive, doing our best to stand our ground against a torrent of criticism. We have endured relentless scoffing for believing the election was fraudulently determined in favor of Joe Biden. We have been told to accept the reality that we have lost, to stop whining, to abandon our nonsensical conspiracy theories and to embrace the will of the majority of Americans, 80 million of whom voted for Biden. We have been mocked by the media, harassed by Silicon Valley and defriended on Facebook by many, perhaps even from our own families. Nevertheless, we have held the line.

Having been on defense for an entire month, it is now time for us to go on offensive. We were challenged to produce evidence that there was sufficient evidence of fraud to determine the outcome of the election in the swing states in Pennsylvania, Michigan, Wisconsin, Georgia, Arizona and Nevada. We have proven this through public testimony from a parade of credible firsthand witnesses. Their testimony has been augmented by sworn affidavits from hundreds of others who observed voter fraud. In just one month, a mountain of evidence has been assembled and presented to those willing to listen.

We have done all of this to justify our position. Now, it is time for the shoe to be placed on the other foot. It is time to challenge this fraud vigorously. We can do this by asking those from the other side how they can justify what happened? Ask them how they can morally accept this fraud and call it legitimate? Only someone obtuse enough to believe O.J. Simpson was innocent could accept Biden’s victory as being authentic.

Confront them. Because we have established just how massive this voter fraud was with facts, you can face those who have chided you and tell them you will not back down. Tell them you will never submit to the criminals who have stolen this election. Verbalize your convictions.