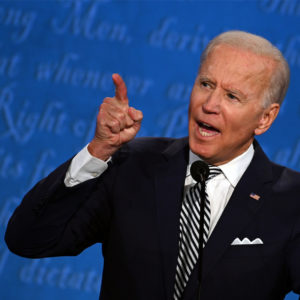 Before Donald J. Trump was even inaugurated, the campaign to take him out, Crossfire Hurricane, was initiated by President Barack Obama, Vice President Joe Biden, the Hillary Clinton Campaign, Deep State bureaucrats, the FBI and the CIA. Trump was never given a chance—not even a slight one. The deck was stacked against him from day one. Despite his many successes for the American people, this has never changed.

In their first attempted coup, the completely false narrative of Trump colluding with Russia, based on the fictitious Steele Dossier, was hatched. Mueller’s Special Counsel was launched and the American people were subjected to nearly three years of an investigation that, those who were conducting it, knew lacked merit. They pursued it nonetheless. Being purposefully and intentionally deceitful, aided by the hard-hearted media, they did their best to undermine the legitimacy of everything President Trump did. Although this soft coup failed to “take him out,” it was successful in dividing the American people, perhaps beyond repair. Those behind Crossfire Hurricane didn’t care. Getting Trump was more important than national unity.

The second coup was the Impeachment of President Trump over a telephone conversation with the newly-inaugurated President of Ukraine. Charging Trump with demanding a quid pro quo investigation into the corrupt dealings of Biden and his son, the House of Representatives, led by Speaker Pelosi and Representatives Schiff, Nadler and Swalwell, tried to have Trump removed from office. This attempt also failed, but it did accomplish one thing. It further divided the American people from one another.

The third attempt, the 2020 Presidential Election, is currently unfolding. Knowing that a demented, incompetent and corrupt candidate like Joe Biden could never defeat President Trump on merit, those behind the original coup joined forces with the Chinese Communists and the Iranians. Funded primarily by the Chinese, they used Smartmatic software in Dominion Voting Machines to defeat Trump. They did this through massive voter fraud in Atlanta, Philadelphia, Detroit, Milwaukee, Phoenix and Las Vegas, flipping the swing states of Georgia, Pennsylvania, Michigan, Wisconsin, Arizona and Nevada from Trump to Biden.

Although this attempt appears to be successful, it is also destined to fail. The reason why is direct links between those responsible are about to be established with China’s “Assassin’s Mace” operation to “take out” the USA in one swift, decisive move. That goal is the stealing of the 2020 Presidential Election, allowing infiltration by the Chinese Communists into the UAS to commence. Despite the fecklessness of Congressional Republicans and dereliction of duty by the Supreme Court, the American people will never allow themselves to be enslaved by the Chinese Communists through their Manchurian Candidate, Joe Biden. No matter what, treason can never be allowed to succeed—not in the USA.

To stop them, President Trump will need to implement the last tool in his arsenal, Martial Law. When treason is involved, and it certainly is in the 2020 Presidential Election, Martial Law is warranted. Once the Director of National Intelligence, John Radcliffe, puts things together, which is imminent, Trump will declare Martial Law. Despite wailing from the Left, he should do this. It’s Constitutional. Stealing an American Presidential Election isn’t.

Using the same standard of judgment as his persecutors, those who have colluded with the Chinese Communists and the Iranians, benefitting financially from it, need to be exposed to the American people. No patriotic American, Right or Left, will not stand for it. Concerning the fate of those involved in this third coup attempt, they will face a terrible reckoning at the hands of a military tribunal. They deserve whatever they get. Judgment for those who have shown no mercy should be merciless.