Kanye: The Church is Repeating Failure – Here Are Four Keys to the Solution. 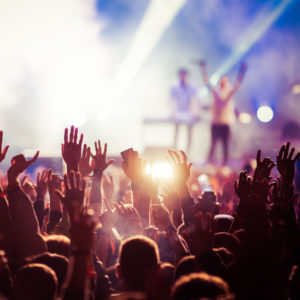 The church is repeating a failure from fifty years ago, and it is not what you think.

Kanye West, Justin Bieber, and Lamar Odom have had conversions to Christianity. Satan must be laughing as the church argues about whether the conversions are legitimate or even relevant. Many Christians are gawking as if these new celebrity Christians are a sideshow.

The church is in disagreement about the validity of Kanye’s conversion. One person cheers him on and another condemns. Some even call it a deception. Is he or is he not a Christian? All sides are wrong, and all are missing the point.

The church was presented with this same challenge in a slightly different form about fifty years ago: The Jesus People Movement. Some awesome things came from that movement, with little or no help from the church. Much of the church just sat on the sidelines and watched as this hippie movement exploded and then seemed to be left to its own devices.

Christians have two possible responses to Kanye: do something or do nothing. Currently, they are doing nothing other than being sideline commentators again.

It is time for the church to do something. They must do what they didn’t do for the Jesus People Movement. The church must get off the sidelines and go disciple.

Of course, half the church doesn’t think this Kanye stuff is real, so why would they even bother to disciple? Thousands are coming forward to profess salvation in Kanye’s events. We can’t leave them hanging. Discipling the Kanye type and those who are converted at his events should be priority one. Especially if one doesn’t think the conversions are legitimate. Why? If they aren’t authentic, proper discipling could actually result in an authentic conversion. If they are indeed truly born again, then discipling will mature them and multiply their efforts. Regardless, inactivity is wrong.

There is one catch. You have to disciple Millennials and Gen Z’ers as they are.

These two people groups see right through the old church, the same church that failed the Jesus People Movement. They have no desire to hear out a seemingly money-hungry televangelist or be led by a church that has done nothing. The church has become irrelevant in culture, basically impotent in the arts, media, entertainment, government, education, and business arenas. Kanye is beyond just being relevant in culture. Kanye is culture.

To disciple a nation and its culture you disciple its core area of influence. Most social and religious experts seem to agree there are seven areas of culture: government, arts and entertainment, media, education, family, business and economics, and the church. Kanye is currently drastically affecting at least four of these areas: the arts, business, media, and church. Kanye’s converts are deeply entrenched in these areas. The church better get relevant quick in these other areas, or they are going to be ignored by these new converts. Kanye and others have already proved God is real in these areas. This new generation isn’t going to fall for the myth that God only works inside the four walls of the church. Why? Because those like Kanye are outside, way outside those four walls and instead entrenched in media, arts, and business. They are so far out they are doing church their own way. God met Kanye outside the four walls of the church. It is time for the church to act, to actually disciple a nation and a new generation. 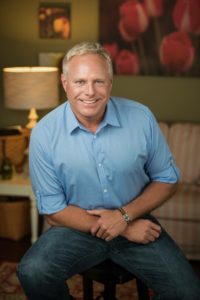 Tim Porter is the founder of God’s Business Revolution called to bridge the gap between business and the church. He is MorningStar Ministries ordained as a marketplace minister, has his MBA and is a Registered Financial Consultant.