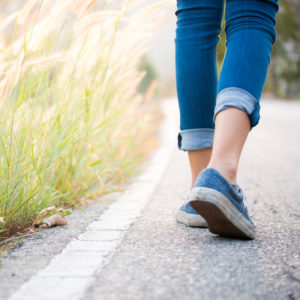 “So how much longer are we supposed to keep walking?” Judah whispered.

“Shhhhh.  I’m not sure, maybe another 30 minutes,” Michael replied. “I was keeping track of our steps but got distracted. I really don’t know.”

“Well, my feet are tired. I just want to sit down and rest for 5 minutes…5 minutes…is that too much to ask?”

They had been walking for about an hour and a half when the ground began to shake. Judah caught himself as he was about to fall. Joshua started to yell, “Shout for the Lord has given us the city.” and soon, everyone was shouting.

For 7 days, the Israelites marched around the city.  On the 7th day, they walked around 7 times, which took them about an hour and a half. It was then that the earthquake happened. The mighty walls of Jericho were no match for the heaving earth as it split the foundations of the city. All that was left for Joshua to do was to rush in and claim the victory.  It wasn’t by Joshua’s might or by the power of his army that caused the walls to fall down, but it was by the almighty power of God.  It indeed was the Lord who had given Joshua the city.

This COVID-19 pandemic has shut us up behind the walls of our homes. While areas are opening up, others remain closed. Many of us don’t know what is going on outside of our homes. We hear the news and try to keep up with the situation as we are informed by the media. But honestly, what information we do get leaves out some essential details. When can we get back to our lives? How can we get back to our lives? What does life look like on the outside of these COVID walls?

We are facing our own Jericho, and it’s time we started walking around these walls. I know this battle has gone on for a long time, and many of you are tired. Just remember that this is not a flesh and blood battle we are fighting. We stand against principalities and powers in high places. There is a spirit of death that has come to attack humanity. He has been prowling around for years to the point that our young people believe death is a good thing, and life isn’t worth living. Popular movies, songs, and video games that glorify death have twisted the truth about LIFE. Now we face this evil spirit, and we will never defeat him as long as we play by his rules. We overcome him by the power of God’s Spirit! It is not by our might, strength, wisdom, or political calculations that this wall will fall down. It is by the power of Almighty God.

What will things look like when the walls come down?  I don’t know.  All I know is that God said not to give up!  We just keep walking, trusting that our God us doing something, and, soon, it will be time to shout that The Lord has given us the victory.

Joshua said to the people, “Shout, for the LORD has given you the city. Joshua 6:16a ESV

Then he said to me, “This is the word of the LORD to Zerubbabel: Not by might, nor by power, but by my Spirit, says the LORD of hosts. Zacharias 4:6 ESV

For we do not wrestle against flesh and blood, but against the rulers, against the authorities, against the cosmic powers over this present darkness, against the spiritual forces of evil in the heavenly places. Ephesians 6:12 ESV