Liberty and Justice for All 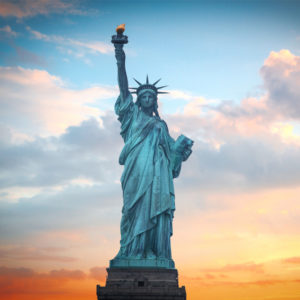 “…and liberty cannot be preserved without a general knowledge among the people who have a right from the frame of their nature to knowledge, as their great Creator who does nothing in vain, has given them understanding and a desire to know. But besides this they have a right, an indisputable, unalienable, indefeasible divine right to the most dreaded and envied kind of knowledge, I mean of the characters and conduct of their rulers.”

The word ‘liberty’ rolling off my lips is like a bubbling brook, eliciting courage and hope for a better society. Liberty’ is a double-edged sword for humans, freedom to choose right living and freedom to choose wickedness.

In my fantastical story, The Oracles of Eden, the Creator, Philon, speaks to His Chayil, who are angelic beings concerning freedom and choice, “There lies within you a potent pool,” he told them. “It is the seat of your passion, the place of our dreams, where creative thought finds its origin. But its waters fluctuate, becoming, at times, more turbulent than placid, more troubled than serene. It is vital, therefore, as you exercise the freedom given you, that your heart maintain its orientation toward home. Beware of the Netherlife, the antithesis of true life. Its alluring enticements would draw you away from reciprocal love and leave you trapped in the confines of solitary self.”

Since society is symbiotic, a weaving together, how we treat each other determines the health of a culture.    Liberty is contingent on choosing what is right and good. If we choose good, ‘love our neighbors as ourselves’, then liberty will be enjoyed by all! If we exercise our liberty to cheat, steal, lie, gossip, bring division, then a government will arise in our midst with law after law to control society.

The rise of the ‘kind of rulers’ we now have in government positions is a direct result of the moral failure in our society. We have chosen to exercise our liberty to kill babies, i.e. abortion, define sexuality as whatever a person desires to be ‘identified’ as, movies that promote violence and deviant behavior, gangs run rampant in many of our cities, a failed education system that caters more to globalist propaganda than the teaching the Foundations of our Republic, to name a few of the deteriorating forces at work in our nation.

As a result, we have elected officials using their office for personal financial gain, corrupting their positions, selling their influence to foreign governments hostile to our nation, fixing elections, and most unnerving of all, a growing political movement whose aim is to replace our present system of government for the failed system of socialism and even communism.

“Among my people are the wicked who lie in wait like men who snare birds and like those who set traps to catch people. Like cages full of birds, their houses are full of deceit; they have become rich and powerful and have grown fat and sleek. Their evil deeds have no limit; they do not seek justice. The do not promote the case of the fatherless; they do not defend the just cause of the poor…their tongue is a deadly arrow; it speaks deceitfully. With their mouths they all speak cordially to their neighbors, but in their hearts they set a trap for them…”. Jeremiah the Prophet

Ancient Israel turned their backs on doing what was right and good and they used their liberty to pursue wickedness and the result was destruction. Such is the way of all nations and people groups who choose wickedness.

What then shall we do dear reader? Well, it begins with you! Use the God-given Liberty that this nation still extends to you for right and good. Be salt and light. Never live in the lie that you can live your life in a solitary state and evil will not visit you, for it will if you choose to ignore it! Get involved! The battle for a nation is raging!