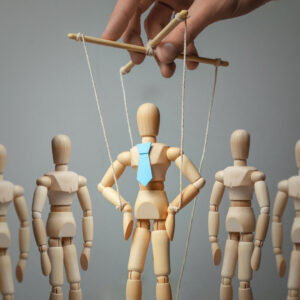 The wonderful thing about movies is that we get to escape our own world for a bit and live vicariously through someone else’s. We get to see the world through the eyes of superheroes, spies, children, pirates, other cultures, single parents, lawyers, singers, thieves. Take your pick, access to anything is at your beck and call. The dangerous thing about movies is the exact same thing. As Christians, we know it’s our responsibility to use discernment. As a screenwriter, I’d like to open your eyes to understand how movies are written and the techniques used to manipulate the viewer’s emotions to ignore discernment.

Manipulate? That’s a strong word, isn’t it? Well, let’s look at what the word actually means. To manipulate something just means to handle, control, or influence something or someone in a skillful manner. All art is a form of manipulation. It is not good or bad in itself, it is only a skill in the hands of an artist. “But I’m not being manipulated when I watch a movie,” you say. Maybe not, but your emotions are. That is, in essence, the screenwriter’s job. We write the blueprint for the actors and directors to use to create a film that is hopefully a work of art that takes the viewers on an emotional journey. And there’s literally a formula to do it.

I don’t want to ruin cinema for you, I only want to highlight a couple of things to look for in order to understand what the intent is so you can discern and choose the lives you vicariously live through. Screenwriters know how to make an evil person sympathetic to the audience. We even know how to set up a situation so that you have a positive emotional reaction when someone gets humiliated or ever killed. Have you ever seen Ocean’s Eleven? Fun with Dick and Jane? Were you on the edge of your seat routing for thieves to achieve their goal? Think about that. As Christians, we believe stealing is wrong. We know it’s wrong. There’s no way we’d be in support of it. Not only that, they’re completely unrepentant. So, the question is “How?”. How do we become sympathetic to something we’d never be sympathetic toward in real life? The answer is because of people like me.

When writing a movie script, my job is to get the audience on board with my protagonist right away. I need to show their human side; faults, flaws, struggles, and a glimmer of something beautiful that will give us hope that they’ll achieve something worth waiting for. (Even a hitman can have a soft side for animals.) Believe it or not, planting this one beautiful gesture made by the protagonist is enough to get people on board to watch him/her behave in horrible and sinful ways, pursuing sinful goals, and we can laugh and cry and hope they win along the way. Next time you see an evil character do something good within the first 10 minutes of a film, know that there was a writer who put that there on purpose to get you on board. Also, if you ever see a character be unapologetically rude, conniving, evil, or obnoxious, know that the writer wrote it as such because that character is going to face death in some way (humiliation, injury, rejection, actual death) and it’s been set-up for the audience to be okay with it and maybe even be in agreement with it.

I’ll never forget the time back in the 90’s when I was watching the movie It Takes Two with my younger sister. It was near the end when the evil bride’s skirt got ripped off of her in front of all of the wedding guests and my sister and I were laughing. My dad entered the room right at that moment and told us to turn it off and that it’s never okay to laugh at a person’s humiliation. He was rightly disgusted by the situation and our reaction to it. I thought hard about why I was able to find someone’s humiliation humorous; I would never be like that in real life, no matter how much she may have deserved it. I was taught to cover shame. My parents had taught me not to glory in the downfall of sinners. My emotions had been manipulated. This simple scolding as a teenager changed how I watched movies. That was the beginning of my discernment. As a parent, I do the same with my children. I point out the set-ups so they can see that there was a puppet master who set-up our emotions to want something, be okay with something, or to route for something that we normally wouldn’t.

However, like I said, manipulation itself is not good or bad. This means that this formula works for good, too. For example, when we watch a movie where someone has to fight hard for what they believe in or to change their ways, we can relate better if we see their human side; strengths and weaknesses. We can be inspired by characters who’ve struggled to overcome and have found their way to improve their lives or the lives of someone else. Maybe someone who was steeped in the world found true peace and purpose in living for the glory of God. If these films are written to draw out our emotions through sympathetic characters, to the same degree of skill and production value as what Hollywood’s been pumping out, they could inspire believers to press into their faith, draw non-believers into conversations about faith, and normalize a life of living for God and taking the narrow path for children. I’m not going to harp about the lack of production value in Christian movies because I think hearts have been in the right place and nothing starts at the top. Plus, there has clearly been a shift in the Christian film industry. Not only have some great movies been released in the past few years, but it’s been proven clearly that there’s an audience for them. I will say though, that in order to gain traction and impact the world, we Christians need to exercise discernment, and we writers need to improve our skills.

Film is a powerful tool. The audience for family friendly and faith based films is desperate for content. For anyone who’s ever thought about investing in a ministry that can reach millions, film can do that. For anyone with a love of story who wants to learn to write movies, you can use your gift to glorify God. My encouragement to writers is to learn the proper skills to draft a blueprint for a movie. That script needs to be at the same level of wit, intrigue, and suspense as the current films released by Hollywood. Film is a spiritual battle ground; write with excellence. It is for this reason that my husband and I have launched the Family Friendly Screenwriting Academy. Through our screenwriting festivals and bootcamps, we’ll teach our writers to hone their skills and raise the standard for family friendly and faith based films. Just as we are pieces of clay in the Potter’s hand, willingly being skillfully manipulated, we must mold our scripts into beautiful stories that bring glory to God while touching the hearts of our audience.