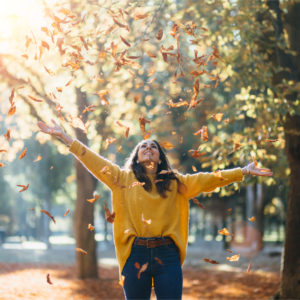 We are moving, and it has been I daunting task.  The other day Fred was carrying a box into the house, and it slipped right out of his arms, and as it fell to the floor, I heard the glass inside the box shatter into a thousand pieces.

Fred looked up at me, feeling bad, and he said, “I think I broke something.  I don’t know what’s in that box but I hope it’s not important.”

I opened up the box, and it was the cake plate that held my niece’s wedding cake.  It was a nice cake plate, and I felt bad, for just for a moment, that it had broken, and yet there was something inside of me that said, “Don’t feel bad!”

Throughout this move, Fred had been complaining that I have too much stuff.   Suddenly I knew, exactly how to respond to that broken cake plate.  I said to him, “Now you’ve done it.  Now you’ve done it!”

He was looking at me with eyes that said, “I’m so sorry.  I didn’t mean to break things that are important.”

I just continued with, “Now you’ve done it!  You think I have too much stuff.  Well, just look at what’s going to happen now.  The devil broke my plate, and we caught him.  He’s going to have to give me back seven cake plates.  When the devil steals from me, God says he has to pay back seven times.  So now I’m going to have seven new cake plates.”

I know some of you are going through a bad time. Just remember that if the Devil attacks you, he’s going to have to pay you back with interest.   He will have a day when he has to pay you back and you’re going to be paid back 7 times, 10 times, even 100 times what he stole from you.  Don’t be discouraged.  Don’t give up.  Don’t let him make you feel defeated because you’re not!  Make a list of what the Devil has stolen and with expectation, watch and see how God makes him pay you back.  You are a child of Almighty God and he has more than enough for you.

but if he is caught, he will pay sevenfold; he will give all the goods of his house.ESV

The thief comes only to steal and kill and destroy. I came that they may have life and have it abundantly. ESV

And God is able to make all grace abound to you, so that having all sufficiency in all things at all times, you may abound in every good work. ESV