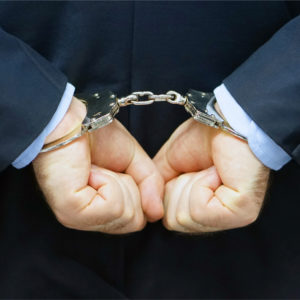 COMMON SENSE: It’s all coming apart for the Democrats. We have been right all along. There was no legitimate investigative predicate for the Mueller Investigation. Based on the debunked Stelle Dossier, it was all a pack of lies that had one purpose only—to take down President Trump and drive him from office.

The corruption and gall of the Deep State and elected Democratic officials is so pervasive that these shameless miscreants have tried to use their positions of authority fraudulently and unethically, betraying their oaths of office in the process. By doing so, they have undermine the Constitution of the United States of America in hopes of regaining power by nullifying the will of the American people.

At the heart of this is the fool, Jeff Sessions, who as Attorney General allowed this attempted soft coupe to take place. More specifically, Sessions allowed his second in command, Rod Rosenstein, to provide cover for criminals in the FBI and Department of Justice. Rosenstein allowed them to have legal justification to attack Trump and his associates in a massive “got you” effort.

Nevertheless, there was no justification for the investigation, but this didn’t stop them. Adherence to the law never stops criminals. Instead, the Mueller Team kept things going, refusing to end their investigation before the damage to President Trump was so great that the House of Representatives flipped in 2018, allowing Nancy Pelosi and the Democrats to gain control. Once this happened, the impeachment of President Trump was a foregone conclusion. Even after failing, this goal continues to drive the agenda of the House Democrats.

Now, at long last, the truth is beginning to be known—not just by those of us who smelled a rat years ago—but by the average American. Thank God for this. So far, none of the criminals from the FBI or the DOJ have lost their freedom, but we will not rest until we see Comey, Page, Strzok, Priestep, McCabe, Brennan, Clapper and a host of others behind bars. All of them deserve to spend the rest of their worthless lives in jail. Earlier in our republic, they would have hanged for it.