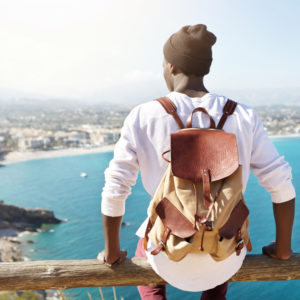 Peter stood on the hillside, looking out across the city.  His eyes seemed focused on something and yet, at the same time, nothing, his mind a million miles away.  “Feed my sheep.”  Is that what the Master said?  “Feed my sheep?”

Yes, that was what Jesus said.  Pondering the words, the man who would one day be known as the great Apostle Peter remembered something else Jesus said.  He called Peter “Simon son of Jonas.”  For three years he had been known as Peter, and yet, now Jesus called him Simon, son of Jonas.  Why did he do that?  What was he implying by calling him Simon?  And why speak of his father Jonas?  Suddenly it was like a light bulb went off in his mind.  Simon, the hearing one – Simon, not Peter.  The other disciples often poked fun at Peter. They called him a hard head, teasing him mercilessly, implying that his name, Peter the Rock, meant he had rocks in his head. But not Jesus.  Jesus always looked at him with a look that said he saw through Peter’s hard head and saw something precious inside of him.  Jesus saw Peter’s future.

Now after Peter denied Jesus, Jesus called Peter –  Simon, son of Jonas – Simon, the hearing one, Jonas the man of peace.  Peter was no longer a hard head, unable to understand, but he was a man of peace, who heard and understood the things of God.    Jesus knew something about Peter that he didn’t know about himself.  No longer the same, Peter would go on throughout history as a man who knew and understood the things of God.  He no longer fought a physical fight, but became a messenger of peace.

What does Jesus call you?  Can you hear him speak?  He is changing your personality, your past and your failures into power, love and peace.  You may feel like Peter, thinking you know who you are, but right now Jesus is calling you a new name.  He is looking through you, deep into your future, not your past.  Listen close and hear him say your name.

He who has an ear, let him hear what the Spirit says to the churches. To the one who conquers I will give some of the hidden manna, and I will give him a white stone, with a new name written on the stone that no one knows except the one who receives it.’ -Revelation 2:17 ESV