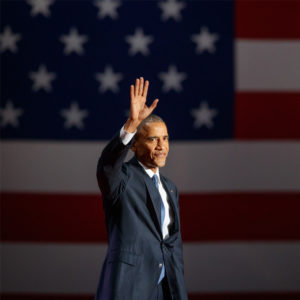 The American people have been taken for a ride. For no other reason than jealousy and bitterness over losing the 2016 Presidential Election to Donald Trump, a group of Deep State operatives have done everything in their considerable power to destroy our duly-elected President. For the entirety of his first term, starting before he was even sworn in, Donald Trump has been vilified by unscrupulous men and women in the FBI and DOJ. They have attempted numerous soft coups against him.

But who is the greatest victim in all of this? Was it President Trump, or was it people like us, the American people? Granted, President Trump has been treated unfairly from day one, but our nation has also suffered unfairly. We have been deprived of having our government be able to function properly and to do everything we elected it to do. With an albatross hung around his neck, it has been truly amazing what President Trump has been able to accomplish, but just imagine where we would have been if Trump had been able to do his job unencumbered by false charges against him.

It isn’t just the Conservative Republican agenda that has suffered. All Americans have suffered. Because Trump has had to fight a rearguard battle daily, without respite, our entire nation has been unable to move forward as we should have been able to do. What has weighed us down is the direct responsibility of the Deep State operatives of the previous administration, the media and the Democratic Party.

Now, as the truth about their illegal activities is finally being exposed to the light, the question has to be asked: What did Barack Obama know and when did he know it? How involved was the former President in orchestrating the criminal activities aimed at toppling the Trump administration? Where Obama is concerned, will the chips be allowed to fall where they may, or will our first black President be given an inappropriate pass? Can we be assured that Obama will not be shielded from the criminal investigation initiated by Attorney General Bill Barr? Finally, will the role of Obama’s Vice President be exposed, or will Handsy be spared because he is the presumptive nominee of the Democrats for President?

We, the American people, demand answers, and we demand them now. Because we are truly the most aggrieved party in this, we insist on complete exposure of what the FBI and the DOJ have done. Nothing less will suffice.