Skip to content
by Jack Watts
During his Presidential campaign, Bill Clinton promised to move the American embassy from Tel Aviv, while also promising to proclaim Jerusalem the capitol of Israel. He did this to appeal to Evangelicals and religious 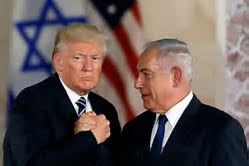 Jewish voters. George W. Bush and Barack Obama did the exact same thing, but none of them delivered on their campaign promise, citing that it would disrupt the Palestinian peace process.
Donald Trump made the same promise, appealing to the same group of voters as Clinton, Bush 43, and Obama, but there is a difference between Trump and the others—a big difference. Today, on the anniversary of the Normandy invasion, President Trump is delivering on his campaign promise.
He will name Jerusalem the capitol of Israel and begin the process of moving the U.S. Embassy from Tel Aviv to Jerusalem, the ancestral home of Israel for 4,000 years. 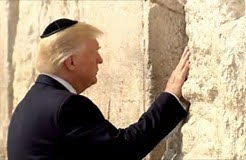 Although Trump’s decision will be unpopular with Progressives, the leftwing media, and Muslims, it is very popular with born again Christians and Zionists. Additionally, it is another example of Trump keeping his campaign promises—a rarity in American politics. Despite being politically unpopular and risky, it was the right thing to do. Good for you, Mr. President, well played.
Posted in Articles, Government