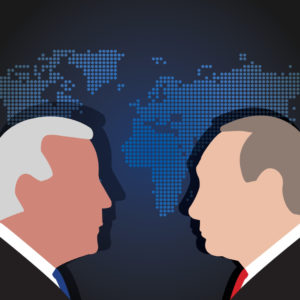 While the Biden administration and the Progressive media have done everything in their considerable power to position Vladimir Putin as a madman and war criminal, he has quietly engineered Biden’s incompetence into a major victory for Russia. For Putin, this wasn’t difficult. Seizing his opportunity, knowing Biden was no match for him in international politics, on April 1st Putin turned the table on the United States economically. Putin’s move is destined cost us dearly. Let me explain why.

Upon entering the White House, Biden almost immediately changed American energy policy to placate the Progressive wing of the Democratic Party. He not only stopped the Keystone Pipeline, but he also made fracking cost-prohibitive to pursue. Abandoning energy independence at home, the USA also ceased to be a supplier of natural gas to European nations. With the USA no longer being a competitor in the European market, this forced Germany and others to rely exclusively on Russian natural gas to heat their homes in the winter. Essentially, to please the Left in the USA, Biden abandoned our European allies, leaving them vulnerable to the foreign policy goals of the Russians.

Now, as the war continues in Ukraine, to counter the economic sanctions imposed upon Russia by the Biden administration, Putin has changed Russia’s economic policy toward nations unfriendly to him. He had decreed that U.S. dollars will no longer be accepted as payment for anything in Russia. Only Russian Rubles, gold or bitcoins can be used.

So what? Why is this important, you might ask? Russia is a backward, poor nation. Our economy is thirteen times larger. How can this hurt the USA?

It’s because Putin’s actions are a break from the U.S. petrol dollar being the worldwide standard of exchange, which has been in place since World War II. With this move, which I can assure you neither Biden nor his equally-incompetent handlers anticipated, Putin has changed how business will be transacted from this time forward. The end result will be a decline in the value of the U.S. dollar, which will go a long way toward ending our economic dominance of the world.

Of all the poor decisions Biden has made, ending our energy independence has been by far the worst. Perhaps this was his intention all along. Like Obama, Biden may have intended to take America down a notch or two, but he will end up accomplishing much more than his predecessor. Biden will end up taking the USA down a dozen notches or more.