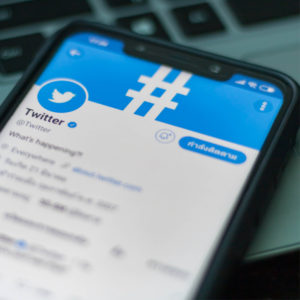 I’m not done with Georgia’s Secretary of State, Brad Raffensperger. If you are going to use your faith like a credit card, you must be prepared to pay the bill. In the South, saying you are born again implies that we can depend on you to do the right thing, to tell the truth, and to not be corrupt. Where Raffy’s concerned, he most certainly did not do the right thing, nor did he tell the truth. He’s been lying to us since the election, but now we’re supposed to believe him because he’s born again. What utter nonsense. Concerning corruption, there definitely needs to be an investigation into Raffy’s private finances—Governor Kemp’s too.

But, there’s another issue about Raffy positioning himself as being born again that I would like to address. In my estimation, by playing the Christian Card, Raffy was violating the third Commandment. It says, “You shall not take the name of the LORD your God in vain.” Most people think this Commandment refers to being profane, but profanity is trivial. The Ten Commandments are serious. Taking the Lord’s name in vain refers to using His authority in a way that benefits you personally, while also being contrary to God’s will. Since there is no darkness in God, being deceitful is definitely contrary to His will.

Raffy’s Tweet implied that he was being honest, which is laughable. He is using his faith as a shield to protect him from scrutiny. Being born again, he thinks he will get a pass from people of faith, but that’s not going to happen. We will not be content until he comes clean about exactly what he has did to give Georgia to Biden and to send two unqualified Democrats to represent our state in the Senate. Raffensperger is a deeply deceitful man. If he truly is born again, it’s time for him to repent, come clean about what he has done, and get right with Jesus.