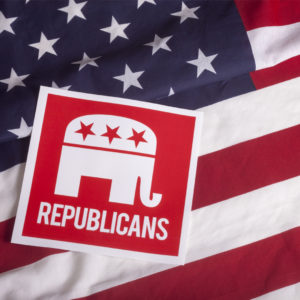 It continues to amaze me that so many people don’t have the slightest clue about who we are. Perhaps it’s because they are so used to being deceived that they can’t accept the truth about what we tell them. They don’t understand us even though we tell them who we are and what we believe repeatedly. Unlike RINO and Democrat politicians, we want everybody to know exactly what we think, what we want, and what we will not accept.

There’s no mystery about who we are. This is our strength, not our weakness. We are straightforward about everything. We know that God is light and in Him there is no darkness—none whatsoever. Because we believe this, transparency is the model we strive to emulate.

At the same time, we readily admit that we have been gullible in the past, especially where RINOs have been concerned. Because we like what they say on the campaign trail, we have voted for them routinely in the past. We have accepted their leadership, believing they have been the “lesser of two evils.” The RINOs have counted on us continuing to operate under this model, but it will no longer work.

Truthfully, it hasn’t for quite a while. The reason that it hasn’t is because being the lesser of two evils means the RINO is also evil. The same applies for being corrupt. Just because the Republican is slightly less corrupt than the Democrat doesn’t mean we will support his or her candidacy. We won’t, not any longer. We’ve had it with those who are evil and those who are corrupt. Under no circumstances will we support their candidacies or even vote for them.

Take my state of Georgia for instance. Governor Kemp and Secretary of State Raffensperger believe we have no choice other that to support them. After all, we certainly don’t want the dreaded Stacey Abrams to lead our state. No, we don’t, but we don’t want Kemp or Raffy either. We know who they are, what they have done and how corrupt they are. Because we do, we’re done with them NO MATTER WHAT! There is nothing that either of them can do to bring us back into the fold. Proverbially, they have you-know-what in their own nests. Now, they’re going to have to pay the price for what they have done. If you think I’m wrong about this, if you don’t believe I mirror the pulse of the people about this, just look at the traction this post gets.