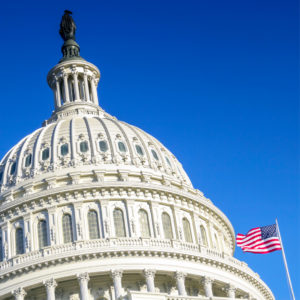 “Nothing is more certain than the indispensable necessity of government . . .,” wrote John Jay in Federalist Paper number two. He would go on to become the first Chief Justice of the United States Supreme Court. Nations require government. Thus, it is our duty as Christians who care about our nation to care about government. There are good ways and not so good ways to go about doing that.

In this series, we have been talking about the 7 Mountains of influence. I have reserved government for my closing article as politics is downstream from culture. Government is not the first mountain if we were to prioritize them, but modern thought would have us believe it is the first and only mountain and that all rises or falls with it.

My goal is not to dissuade believers from their civic duty to be informed voting citizens. Proper political participation is part and parcel of a citizen’s responsibility in a free nation. My hope, however, is to help release some of the pressure of our death grip on politics as the only or primary means in which to see a nation reformed.

Prayer and political participation in the coming elections are essential, but the outcome of this election will not be the end of America nor its salvation. Life in this nation will go on. Politics may run one direction or another, but the heartbeat of our nation rests with the culture of the people. Government is only one-seventh of the institutions that make up a nation, if we see it as the only mountain, we neglect the other six and leave them in darkness.

If the government mountain is where God has given you your assignment, embrace it. If it is not, do your due diligence as a good citizen and give your own assignment the attention and passion it requires. Nations need everyone in their right place. Your place will always loom large as the most important place to be but remember everyone else needs to be where they are called to be. Only together will the seven mountains of culture be reformed to create a great nation.