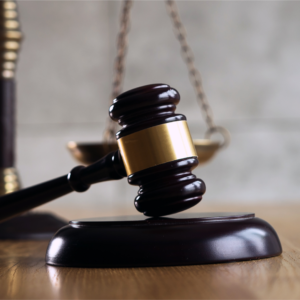 I want to take a minute to explain my perspective on Sidney Powell’s defense against Dominion Voting System’s $1.3 billion lawsuit against her. Many people have taken her defense at face value, simplistically assuming that since her attorneys have maintained her claims against the Dominion Voting System were outlandish, and “no reasonable person” would take them seriously, that she has done nothing more than con people. Many believe she has hoodwinked naïve Trump supporters with false claims about the 2020 Presidential Election being stolen, which would validate Biden’s victory as being legitimate.

Having made this assumption, many feel betrayed by her, but has she betrayed us? As my Irish grandmother would say, “Stuff & Nonsense.” This isn’t what her defense means, and it isn’t what she has done at all.

What it does mean is this: If Dominion’s assurance that its machines cannot be connected to the Internet, where hackers and foreign powers would be capable of changing votes, which they did, then no reasonable person would believe what she has asserted could be true. Besides being protected as free speech by the 1st Amendment, whatever Powell said wouldn’t have been capable of causing financial harm to Dominion. Remember, the issue here is Dominion’s attempt to win a financial judgment against her. That’s what she has needed to defend herself against.

According to Powell’s position, Dominion’s assertion about its own product, that it cannot be hacked, would make Powell’s assertion that it could be nothing more than the preposterous ravings of someone who is uninformed. Therefore, with this being true, based on Dominion’s own assertions, there would be no harm and no foul. Consequently, there could also be no legitimate judgment held against her.

What her strategy does not mean, although the simpletons in the media have positioned that it does, is that Powell, for whatever reason, has been serving Trump loyalists chicken you-know-what, while steadfastly maintaining that they’ve been eating chicken salad. She has not done this at all, which a legitimate forensic examination of the actual voting machines used in Atlanta, Phoenix, Philadelphia, and Detroit will prove. So, rest assured, Sidney Powell, who is truly an honorable person, is doing nothing more than presenting a legitimate defense for one of the many frivolous lawsuits that have been filed against her.