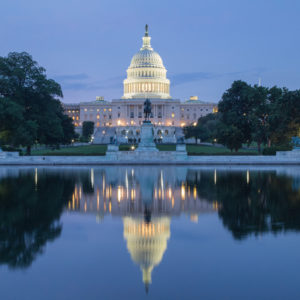 The moment you realize and accept that both President Trump and Joe Biden are being used to fulfill God’s will for the United States, the easier it will be for you to accept what’s happening in our nation.

President Trump won the election. You don’t have to believe it or accept it. It was God’s will to use this election to purge the nation of the operatives that have been working here for decades, not years. It was and is his will to bring the church into alignment with his will, and not their own idea of what he “should” do, how he should do it and whom he should do it through.

President Trump was destined to be President of America for such a time as this because it is part of his destiny, just as Biden was destined to be a catalyst for the kind of change and exposure that needs to happen to wake us up from the slumber of our apathy.

There are people contending for (and against) Trump, but what we should be contending for is God’s will to be done and the completion of this process to come to a resounding end where we ALL move forward.

The pride in the church has separated us from those who desperately need to see the Truth of Christ and his heart for all, even those who oppose him. It’s not okay to move forward limping on one side, either we all move forward or we don’t move at all. It’s not okay to just have a personal revival. God is calling in his accounts and America is one of them.

I’ve spent the last few weeks walking the paths of the abolitionists of the past, going to sites of atrocities including the Trail of Tears, Point Comfort, Harpers Ferry and places that God has on his radar as catalysts of change. There were pioneers in this nation who began a work that needs to be completed.

The Justice we’re looking for is not going to come with detritus under the surface. If we don’t cry out for truth, Justice cannot be served for the countless disenfranchised people groups – including the most vulnerable of us all, the unborn.

You can’t cry for justice in the streets when our soil is teeming with the blood of babies sacrificed on the altar of selfish ambition. We’re not a nation of murderers. We cannot let that be the last tome in our history books. We’re a nation that wants justice, but we have to be willing to clean up the messes in our own house before we can change the world.

“Unless the Lord builds the house, he labors in vain that buildeth it. ” That includes the House of Representatives,  the Senate, the Courthouse, The House of God and any other house being built with man’s plans and not God’s.

We’re not a nation at a crossroads anymore, the gauntlet has been thrown. God is requiring us to reinforce the victory He’s already given us.

You don’t back down when something is yours, it’s a promise, you have to go get it. You can’t let people continue to take what rightfully belongs to you. Jesus died on the cross for life so that we could live a life of abundance. You don’t get abundance by laying on your back playing the harlot. You rise up like a Bride and warrior, saying enough is enough. I refuse to let this be the story of my nation, my family, my kids, or my ancestors. We’re not weak. We’re the body of Christ and He is a Warrior and Avenger.

We’ve been silenced and muffled, and truth be told some of y’all needed to be quiet for a while because the words you’ve been speaking are coming straight from hell.  Our voice and decree if not from heaven, is from hell, and the devil is the prince of the air. This is why the media holds such bewitching control over the minds of the masses. You need to plug into a new frequency and go higher than the fog of witchcraft that’s been floating over our nation for too long.