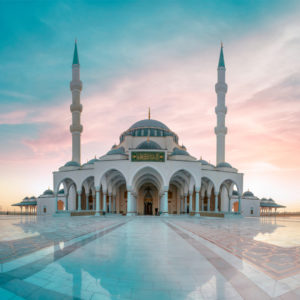 I want to explain something important, something that most do not realize. Let me begin by saying this: symbolism is monumentally important to Islam. It’s far more important than it is to people like us who have a Western mind. This isn’t something new either. This has been true since the time of Mohammed, when he and his followers conquered the Middle East and much of Southern Europe.

For each battle they won, they established a mosque on the spot of the victory to commemorate their victory forever. In the West, we might build a statue, but they built a place of worship instead.

This is the reason why Muslims wanted to establish a mosque on Ground Zero in New York, where the Twin Towers were taken down on 9/11. That the World Trade Center was destroyed was a victory for Radical Muslim Jihadists. This is why they tried unsuccessfully to build a mosque there. That this was horrifying and offensive to Americans, and all peace-loving people, was irrelevant to the Islamists.

To them, this was a great victory, but why is this important to us now, you might ask? It’s because of Joe Biden’s announcement that all U.S. troops would be pulled out of Afghanistan by the twentieth anniversary of the attack on the Twin Towers. To all Muslims, but particularly to Radical Muslims, what Biden has done will be forever heralded as the surrender of America. To them, “The Great Satan” has yielded to Islam.

That Biden has linked the withdrawal of our troops to 9/11 in any way, which he definitely has, is a deliberate slap in the face to our military. The symbolism of his directive is unmistakable. He and his handlers knew what they were doing when they made their decision, and so did Muslims throughout the world. This will embolden Radical Islamic Terrorism, resulting in increased violence worldwide. Again, Biden and his handlers know this, or they should know it. So, should you.