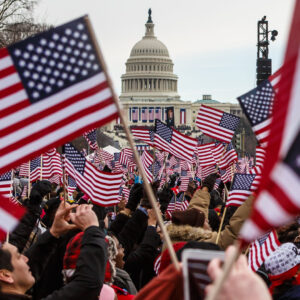 Now that the battle over the Speakership has been resolved, I am fully supportive of Kevin McCarthy. We need him.

At the same time, I am very proud of the Freedom Caucus for the concessions they extracted from him to finalize the deal. Many think this process made us look weak, but this isn’t true. Just because the Democrats are more unified doesn’t make them right. Fighting to make things correct is more important than maintaining the appearance of unity and cohesiveness.

Here’s an example: One of the concessions states that Speaker McCarthy cannot bring a bill to the floor for a vote without members having at least three days to examine it. This concession was huge. It means that no Omnibus Spending Bill like the one Pelosi jammed down our throats can ever be passed the way it was presented again.

The bill was 7,000 pages long and members had less than twenty-four hours to read it. Pelosi did this intentionally but, because of the Freedom Caucus’s militancy, McCarthy cannot do the same thing. Because he can’t, this is a huge victory for you and the rest of the American people.

So, let the talking heads say what they please. It doesn’t matter. What does matter is that Congress has some warriors who are willing to fight for you and me. They deserve our thanks and respect.